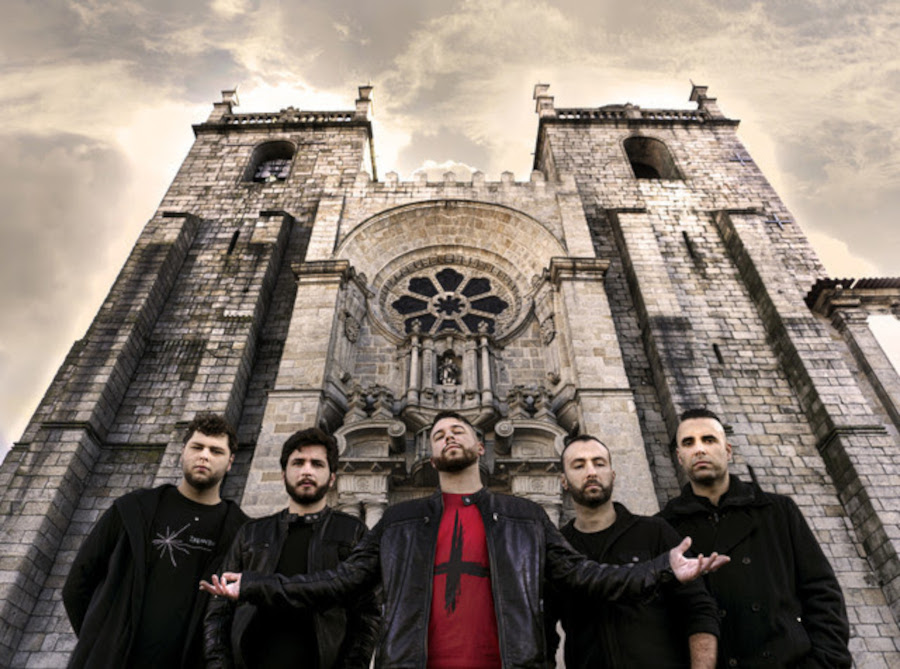 MOONSHADE is a melodic extreme metal band from Oporto, Portugal. The band is independently releasing their second album, titled ‘As We Set The Skies Ablaze’, on July 22nd, 2022.

Band statement about the album

“As a species, we began by worshipping Nature, in order to ravage it in the next breath, endangering the delicate balance of this beautiful Earth, as well as our existence on it. We then imagined new gods, and have slowly started to deny them, as omnipotence, omnipresence and omniscience become closer to our collective grasp. On the way, we created autocrats to overthrow them and increased the odds of world peace via the looming threat of nuclear winter. To be human is to know, love, hate, grow, create, and destroy.

As We Set The Skies Ablaze is about this great adventure of being human, poetically approaching all its wonders, horrors, and the greatest challenges we must face in order to become the only Gods that ever really existed.

Thus, this great turmoil of the technological and cultural evolution of civilizations created the greatest story ever told – the story of Man.