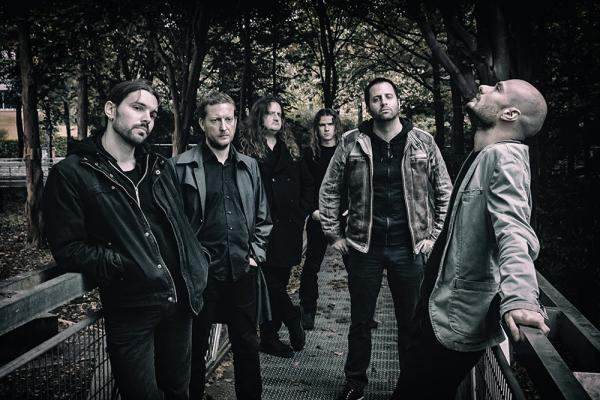 Tell us something about music evolution of MONOLITHE? A lot has been spoken about musical evolution of MONOLITHE… How much has the band changed today musically and in terms of production, image and inspiration?
I think the band’s musical horizon has broadened and we got more experience with time. I also think we’re more professional, in the sense that we give more attention to details and we don’t rush. The first two albums were done without money and they kind of needed to get out of our systems, so there are things that could have been done a better way with a cooler head. But I don’t regret anything; every album is the product of its own time and they’re what they are, I’m ok with it. Production-wise, we are more experienced too so we know what works and what doesn’t in the studio. I guess we also know what we want to achieve sound-wise even before starting to record. As for inspiration, well, I guess this is much less one-dimensional (metal, metal, metal…) than it used to be, even if in my opinion MONOLITHE never was one-dimensional to start with. It’s just that we have long lost the need to belong to one particular scene or genre. We do what we want, take it or leave it, that’s our state of mind now.

…and what would you cite as the key factors that play a role in shaping the differences between every MONOLITHE album?
I guess that’s the need to explore and to not repeat ourselves. I personally don’t see the reason why I should always compose the same music over and over again, that would bore the crap out of me. Of course that doesn’t mean that there isn’t a style, a touch that belongs to the band and that is there at the core of the music on every album. But we like to bring something different or new each time and we kept doing that in order to remain interesting, creative and relevant. 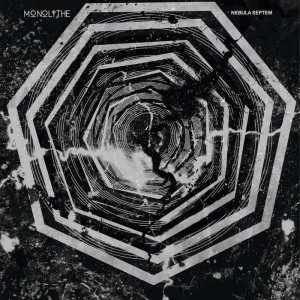 Do you have a realistic view of making it in the music business with this style of music or do you want to go as far as you can?
I think we are all pretty sure within the band that we won’t ever make a living out of it; And I guess nobody in the band wants to anyway. We all have our lives pretty much set on good rails so things are good as they are. But yeah, we’ll push that band as much as we can. We’ll try and release as many good albums as we can and we’ll play gigs that mean something to us. Playing in a band is like developing a small company to some extent. So we’ll do our best to have a good run and enjoy what a musician’s life can offer.

In comparison to the last album: What do you think is the main difference between the songs on “Zeta Reticuli” and “Nebula Septem”?
The songs on “Nebula Septem” are more focused on their inner core. The reduction of length of the songs forced us to shape them meticulously, like small diamonds. They more straight to the point, they’re real “songs” so to say. All songs on “Epsilon Aurigae” and “Zeta Reticuli” were a journey in themselves. With “Nebula Septem” you can either chose to get the whole tour by listening the album in its entirety or listen to bits of it (one song or another) and get enjoyment from it. I guess our previous albums need to be in a fitting mind frame to be fully enjoyed, while the content of “Nebula Septem” is easier to grasp in any situation.

What does the album title mean? Is there a certain concept to this album? Is there a deeper meaning behind its title?
That would be “The Seventh Nebula” or “Nebula n°7”. The seventh because it’s MONOLITHE’s seventh album and a nebula, which means “cloud” or rather “fog” in Latin, is a gigantic interstellar cloud of gas. Nebulae are huge, intangible and beautiful to see, and that seemed to be a good way to describe the music of this album.

What are the new songs about? Can there be a red line found in the lyrics? And what symbol of number seven? Seven tracks, seven minutes and etc. 🙂
There’s many references to the number 7 on the formal aspects of this album, 7 songs, 7 tonalities, 7 first letters of the alphabet for the song titles, 7 people played on this album, the songs are exactly 7 minutes long, etc. It was done in order to celebrate the fact that “Nebula Septem” is MONOLITHE’s seventh album. We have already played with numbers in the past; we just went a little further this time. And of course, the number 7 is a very special one in mankind’s collective mind so there was the idea to bring some mysticism in as well. But the album is not about the number 7 so to say. Lyrically, it’s mostly science fiction stories about alien civilizations behaving this way or this way. Not all songs devise about this topic, but if there would be a red line, that would be this one. 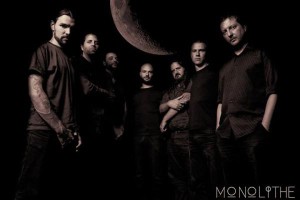 How do you translate that emotion into your music?
This a rather impossible question to answer. Writing music is a mix of technical ability, inspiration, and chance too sometimes. You have an idea, you try to go somewhere with it and along the way things happen that you didn’t necessarily plan. You end of with music that isn’t always exactly what you had in mind to start with, it’s usually different, even better too. Sometimes you can get the exact emotion you wanted to put in; sometimes you might be surprised of the way it ended up.

A lot of fans and journalists continues to view MONOLITHE like a top of doom metal genre. You comment? Is it kind of satisfaction for you?
I won’t complain about being told that we’re at the top of our genre of music. I’m ok with the generic Doom Metal tag, no problem with that. I don’t like the Funeral Doom tag though, it’s very restrictive and of course it doesn’t describe our music at all. Of course it feels good to get positive feedback. Once you share your music to the world, it’s always a good thing to see that it has touched the heart of many people.

How important are new instruments and softwares for MONOLITHE band? Does it cost you a lot to buy the instrument? Is it essential factor for final quality of music?
To me, it’s not important at all. Instruments, softwares… They are just tools to get the music done. I’ve been using the same guitar for many years now. There are probably hundreds of better and cheaper guitars on the market now, but I like mine (a customized Cort EVL Z4) and I won’t change it for the time being. As for softwares, we use the available technologies when we need something in particular, but we’re not running behind every new tool. We’ve been using Pro Tools Eleven Racks for the guitars on stage since we started to play live and we are happy with them. We could change for something better / easier / lighter if needed but that doesn’t necessarily mean it would be new gear. The gear might be a little more important in the studio to record in top-notch high-end studios such as Fascination Street studio, you know? But we can’t afford to go there anyway, so the gear we have is good for what we can do with it. 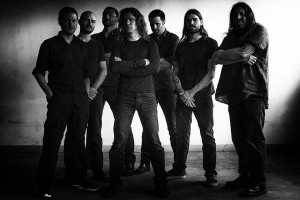 Is there a greater difference between the France and the Scandinavian doom metal scene? What do you think?
I don’t really know, but as far as I know the Scandinavian Doom metal scene is much more developed and “true” to the roots, I mean the Heavy Metal roots of the genre. There’s plenty of Sludge and Stoner bands in France, influenced by Post Hardcore and early BLACK SABBATH but bands which roots lie, like MONOLITHE’s, in the British early 90’s Extreme Doom are not manifold. I actually know only a handful. There are plenty of French bands labelled as “Doom” nowadays which have never heard of CANDLEMASS or MY DYING BRIDE, which is a little weird to me!

What can you tell us about the metal scene in France?
Well, I think it’s a great scene. The good French bands are really innovative and great at what they do. I think that what characterizes the French scene is that there is basically no specialized genre; there’s a mix of everything. The Frenchs are good at Synthwave too, and most of them have a Metal background or used to play in Metal bands.

We have a video documentary about the band out, it’s called “Innersight” and it might interest some people: https://www.youtube.com/watch?v=NH847tkJZkI