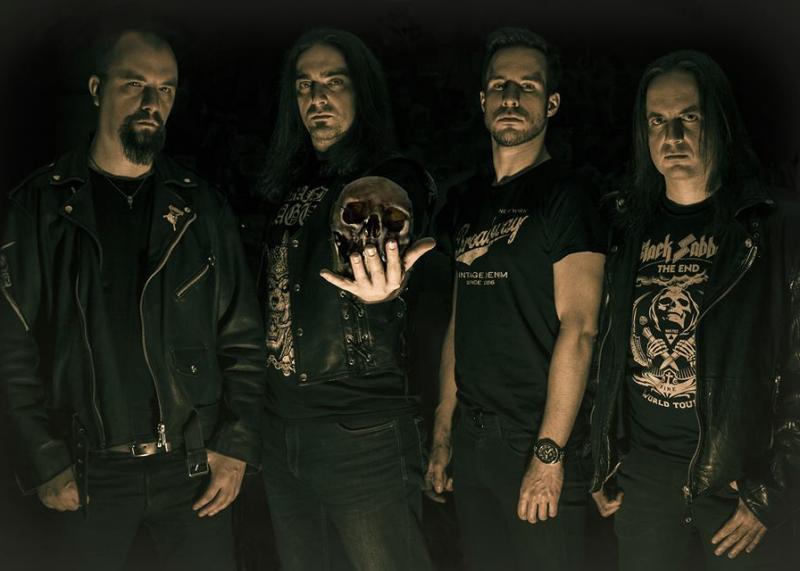 MONASTERIUM is a Polish band founded in 2014 and dedicated to epic heavy/doom metal. All members of the brotherhood are experienced musicians sharing passion, common vision and belief in the power of traditional metal. These virtues brought them to their eponymous first full length album released in May 2016 by No Remorse Records.

‘Monasterium’ won critical acclaim of the metal underground and was promoted live at the highly esteemed European metal festivals: Hammer Of Doom, Up The Hammers, Malta Doom Metal Festival, Doom over Vienna and Seeds of Doom.

NEWS
Krakow’s resident Doom Lords MONASTERIUM are set to release their sophomore opus Church of Bones May 6 on Nine Records. Expect nothing less than superb traditional doom metal that rumbles and burns, whilst crushing all under the weight of the band’s mighty riffs!