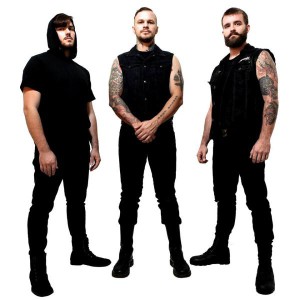 MINDSCAR is a three-piece metal band from Orlando, Florida originally formed by Richie Brown (vocals/guitar) and Mike Radford (drums) in 1998. In 2001, the band made a powerful impact throughout the Central Florida region performing numerous gigs, self-released demos/EPs, a television performance, international airplay and publicity. In 2002, Matt Heafy (TRIVIUM) joined the band on guitar and backup vocals. After internal issues due to the age of its band members, MINDSCAR was unable to tour and the band disbanded for almost 10 years.

In 2012, Richie Brown and Mike Radford reunited in the studio to record ‘Thornz Ov Ill Lechery’ and ‘Blind Masses’. The two tracks led to performing and touring opportunities. Richie decided to resurrect the band in March 2013 and the first live performance in over a decade took place alongside Massacre in Tampa, Florida at the legendary Brass Mug. Soon after MINDSCAR embarked on their first tour supporting Vader and Vital Remains on the Back To The Black US Tour 2013.

In 2014, MINDSCAR began tracking their debut full-length album titled “Kill The King”. After embarking on the Southern Scorcher US Tour 2014 with Infinite Earths, Richie asked Terran Fernandez(Infinite Earths bassist) to join MINDSCAR. Terran has since become an essential part of the band. Matt Heafy contributed clean vocals for a few songs and a guitar solo for a song called “Asmodeus” that was premiered on Metal Injection in September of 2014. 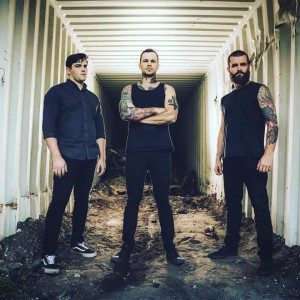 MINDSCAR independently released “Kill The King” on January 8th, 2015 followed by a sold out hometown show with Andrew W.K., a headline show in Puerto Rico and a US tour with Ulcer. After returning home from this tour, Mike Radford left the band for personal reasons and passed the torch to long time friend and drum extraordinaire Robbie Young (Nailshitter/Double Veteran). Shortly after Robbie joined the band, Mindscar completed their most successful tour to date: Golden Gods of Death US Tour 2015.

In February 2016, MINDSCAR recorded their sophomore full-length album titled “What’s Beyond The Light” with Rob Caldwell (SIX FEET UNDER/CANNABIS CORPSE/IRON REAGAN). The album also features a guest speech from U.S. Senate candidate Augustus Invictus. The cover artwork is a large painting made entirely of vocalist/guitarist Richie Brown’s blood and semen. “What’s Beyond The Light” will be released this August!