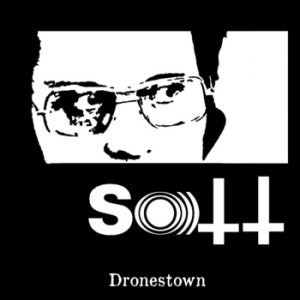 After creating waves in the Doom/Death/Sludge circle, Shadow of the Torturer returns with a stirring new release conceptualized around the Jonestown Massacre involving a mass “revolutionary suicide” perpetrated by Jim Jones, leader of a cult sect called Peoples Temple. The ‘Dronestown’ release that was originally only out on vinyl is now presented in CD format including a massive bonus track taken from the latest split with Ghost of Wem. The total playing length is over 55 minutes and you’ll beg for it to end – this is suspenseful, torturous doom with a ritualistic air to it. It’ll force you to slit your wrists and create a scandal all around it – that’s the motive. Slow, atmospheric and crushing. Play it loud so that your neighbours can be a part of the cult too.