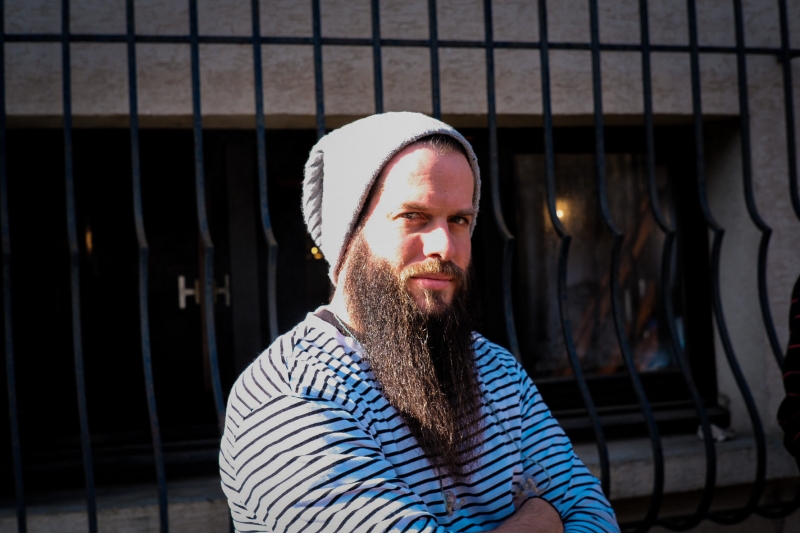 Started as a band in 2013, MEAN TO YOU is now a one-man project. The guys parted ways in 2016 so Mulles, the bassist continued this project in his own versatile way…!

„Sadly certain circumstances and inconsistencies drove us this way. As a founding member of this project and independent musician, I personally never wanted MEAN TO YOU to stop this way. So after all the years, I took the decision to continue MEAN TO YOU on my own, as there are still a lot of written parts, songs in progress and even unfinished demo tracks from the early days, which I always wanted to record, but never got the possibility for. Two years ago, I dug them all out and started working on them again. I started writing the tabs down for each song or idea and after a few months I finished a whole bunch of heavy rock songs.“

The EP „Strong“ contains 6 groovy guitar and bass-oriented alternative rock/metal songs, which were recorded during the last few months. As the singer switches from more alternative rock verses to fully screamed parts, the energetic drums add modern dynamics to the album. There are no inherently soft tracks, yet all driven by the concept and lyrics about falling down or failing in life, but getting up again and standing fighting for your goals.

„I’m more than happy now that „Strong“ has been released and that I had the opportunity to work with and get support from three awesome musicians from all over Europe (Ukraine, United Kingdom, and France) to get this whole thing done. I recorded the final bass parts in Brussels at the well-known JetStudio which was a huge pleasure for me.“

The Ep has been mixed and mastered by my good friend Remy De Monte.