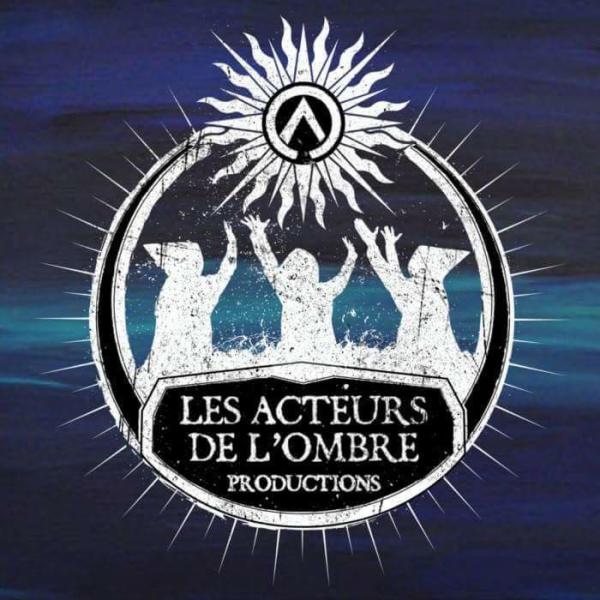 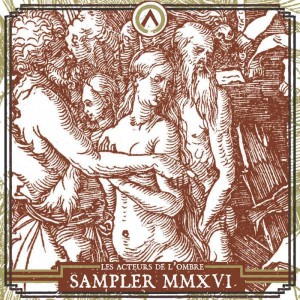 Hello mate! As an introduction, could you please give a short description of the history of Les Acteurs de l’Ombre Productions. How was the label born?
Gérald:  It all began in 2001 when I decided to create the association Les Acteurs de l’Ombre with two friends of mine. We started off as a webzine then I quickly moved on to organizing shows in Paris, including three yearly festivals dedicated to Black Metal, Pagan Metal and Doom Metal for about ten years. The team got bigger over the years and Les Acteurs de l’Ombre has organized about 100 shows and worked with over 500 bands. I started organizing shows in 1996, mostly for the Black Metal bands in which I was doing vocals. Only the Cernunnos Pagan Fest remains today and the Webzine gets by. I decided to let someone else take the lead of the association in 2009 due to professional reasons, which is when I offered to start a label related to the association. I started by myself and many friends helped along the way. Today, we are a tight and stable team of volunteers. We got more and more organized over the years. Since we are all volunteers, all profits are reinvested in productions, promotion and merchandise, which is great. It is very important for Les Acteurs de l’Ombre Productions to release quality albums and ensure great promo coverage on a personal and monetary level. It goes without saying that it stays within certain limits since we are not a major.

What do you look for from the bands you release? Is there a guiding philosophy, quality or sound? How can you define your relationships with your bands? Can we talk about a friendship?
Gérald: Our concept is quite simple, we want to release albums we like, help we bands we believe in and try to offer them as much exposure as we possibly can. We use the label as a promotion tool, which is why we dedicate a lot of time and effort to promote our bands. There is no mystical concept behind the label. The idea is simply to help out bands and to follow our passion. We’re not the type of label that is just going to release an album, send a certain number to the band and leave it there. We work very hard for each release so we are in touch with the bands on an almost daily basis six months before the release and almost a year after. We mostly communicate using emails or Facebook messenger. Although we dedicate a lot of time to the upcoming albums, we never skip on an opportunity to help out one of the bands from our roster, we take care of production, distribution, management and booking. By spending that much time working with bands, being challenged, working on exciting projects, a strong relationship is indeed created. 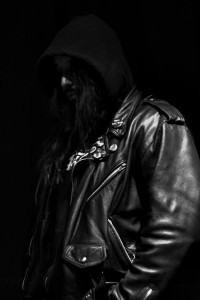 What requirements do you have that a band must meet to sign with you and what further promotion can your label offer to such a group? Do you prefer only black metal bands?
Gérald: Today, before deciding to work with a band or an artist, there are several aspects that we take into account. Last year, we started EMANATIONS, which is a sub-division of the label created to release cassette tapes and CDs of less experimented bands, fresh out of the demo days if you will. In order to work with LADLO (Les Acteurs de l’Ombre) it is necessary that the vast majority of the team enjoy the band’s music. We all have different taste in music and everybody’s opinion matters. Just by looking at our roster, it is pretty obvious that, although all of our bands are influenced by Black Metal, they also have their very own sound, universe and approach of the style. It is also extremely important for us to be able to talk to the band easily and to share similar ideas regarding our future collaborative work. We see each album as a team effort and we expect the band to be completely involved. It is necessary for the artistic concept and artwork to match the music and the final product should be flawless (at least to our eyes and ears). We support the bands in all of their choices. We only release a limited amount of bands every year, which is why quality is extremely important to us. Last but not least, we think it is important for a band to play live shows as it helps the promotional aspect a great deal.

Blandine: We are trying to keep an identity and that traditional / homemade aspect, that is why we regularly produce silkscreen printings, limited boxes, … We love that relation with the object : that almost became our trademark. About our taste in music, it a Black Metal marked by influences such as sluge, past-hardcore… We are currently on that Extrem Metal niche. We favor French bands, not because we are chauvinists, but because the Black Metal French scene is full of great bands and we would like it to stay that way.

How music format do you prefer? How type is the best for your customers and bands?
Gérald: We try, when it is possible, to release different format as much as we can. Diversity is also our strength, and we love helping collectors  even if it means producing in a very limited number, like for tapes for example. Truth be told, each format offers its very own pleasure and surprise. I personally listen to Metal for almost 30 years, therefore I know every format and they all are very dear to me. Concerning the boxes, it goes beyond the simple musical support: it is kind of frustrating to work for months on the boxes elements, create each part all over the world to finally assembling it on our own. When we send it to the customers, it is like a part of us was sent with it.

How situation is on metal scene in France after terrorist attack in Bataclan club?
Blandine: Each countries have been impacted by this wave of violence. However, it seems that as many people goes to shows than before, and that is good. We don’t live in the Paris region : in the provinces and in the country we feel surely less threaten, even if the security have been increased. We have to live with it. I personally think about it regularly, and I’m always checking at emergency exit in public places. Looking at the international context, I am quite pessimistic about the future.

Gérald: For me, nothing has changed.

What’s your opinion on underground magazines?
Blandine: We are trying to reply to every underground media because are actors of the underground and we love that. I like the independance of those media, created by passionate and independent volunteers. Some of them produce articles of great quality that we would love to read on magazine in kiosque, and some others not… That the problem with the Internet, there is a lots of informations so we’ve got to filter them. 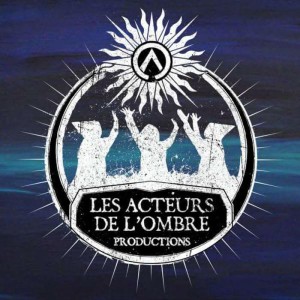 Gérald: I regularly order fanzines since I’ve been listening to Metal. Over the 10 years I’ve been singing in various bands, I sent lots of demo and albums to fanzines all over the world. I also created a fanzine called BMIR Zine (Black Metal Is Rising Zine).

What are for you the most pressing issues facing the underground metal scene?  How do you see metal electro scene in France? Any new talents, bands that you can mention?
Gérald: I don’t see anything to change in the Metal scene. It keeps evolving but the most important thing is to keep those numerous passionates to make it last, in terms of music, media, labels or fans buying the productions. The Metal has started to evolve, for a long time now, by mixing lots of influences. The black metal has done the same, and is now far from what is used to be : our label is a proof. However, we do understand that we might upset the traditionalist of the Black Metal scene. I could not really talk much about the evolution of Metal in general, because I only listen to Black Metal (every type of BM). There is a lot of French Electro- Metal bands, but mostly 2 are touring internationally: PERTURBATOR and CARPENTER BRUT. I could not explained why, but those two bands are really appreciated by fans of Extreme Metal… Maybe because of the batcave and darkwave aspects.

Do you know something about czech metal scene? Do you have cooperation with some czech band?
Gérald: I am sorry but I am not a specialist of Czech metal scene. Except some cds I have trade with other labels, those I am familiar with are TRIST, TROLLECH, SILVA NIGRA, INFERNO, MANIAC BUTCHER, CULT OF FIRE. Except for the last one, I did not have any connexion with those bands. In fact, a couple of weeks ago, I asked CULT OF FIRE to play at a festival we organize, but they were not interested. After movie of the festival here: https://www.youtube.com/watch?v=pUztzbcKhIA 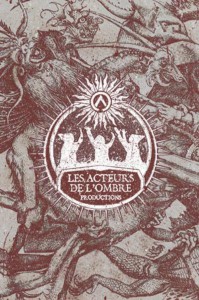 What does 2017 hold in label for  Les Acteurs de l’Ombre Productions?
Gérald: It is too soon to say it, but we’ve got some issues to come, and especially one cult French band who is making its come-back in 2017.

Blandine: We also want to watch our bands evolving, see them to numerous festivals and touring all over Europe or even North America and Japan. We dreamt to see our band playing in Norway, objectif done because REGARDE LES HOMMES TOMBER and DÉLUGE will be at the Blastfest 2017. For MOONREICH, they will be playing in Canada in November 2016. Something else, some of us wants to sign Doom bands, it will be a new challenge.

Gérald: But our strongest will is to last as much as possible. The label, because of its associative and non profit aspect, is still in a precarious situation : we all work for the label next to our jobs and personal life which are subject to changes… It is a lot of sacrifices for each of us. Each member plays an important role for the label, a lack of availability could be extremely harmful depending the period. If one of us stops, it will be even worst. It will be hard to find someone who is ready to be that invested, autonomous and serious. We all have a blind trust in each other. The label is an entity that belong to everyone of us.

Thank you for your answers! Anything else you want to say?
Gérald: There is so many things to say… I think most of the readers don’t know the label, I would like to invite them to discover what we do at

Feel free to come and visit our website: http://www.lesacteursdelombre.net/productions/

And enjoy yourself at: http://www.lesacteursdelombre.net/productions/v2/shop-3/

Blandine: We would love to see our bands playing in Czech Republic: so Czech festivals and associations, if you reading this, you know what to do!