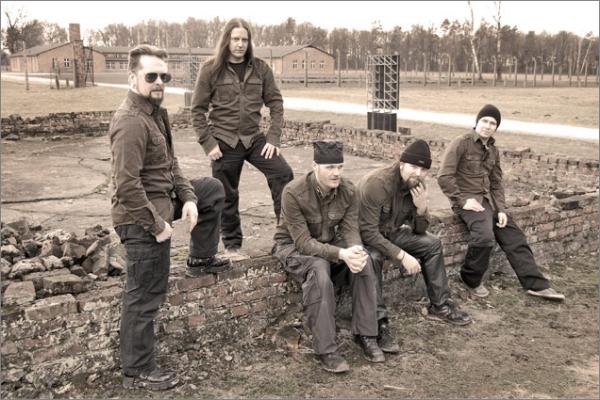 Hello! Thanks for taking the time off for the interview with you. How are things going?
Hi guys, well, it could be better as I seem to be (still) hungover from last weekend’s shows with KYPCK… Not a nice feeling, but the concerts went well and we are ready to start our Russian tour!

Please, can you introduce about new album? The atmosphere of the new record album is great! Can you speak about some concept behind the album? What song from this album is the most exciting for you to perform?
There’s a vague story behind the lyrics, but it is definitely not a concept-album. The songs tell about the visions and dreams of a modern-day ”yurodivyi”, which was a kind of holy fool in old Russia. A guy who could walk around naked and even criticize the Czar without any hassle. Our guy is looking at the world of today, plus having a few dreams about the 2nd World War, as in songs ”Deti Birkenau” and ”It’s Always Been This Way”… In the end he takes his own life, which is not a surprise to anyone. I think for me personally I enjoy performing the single-track ”Name On The Wall” as it was my own composition and very personal. It works well live. The final track ”A Rope, a Truck and a Dark Balcony” is also special… Very long and heavy.

A lot of new songs are really dramatic. “Name on the Wall”, “The Children of Birkenau”. If you were mark some your inspiration sources, which would it be?
I’ve told everyone that this is the most current album that KYPCK has done, in terms of the lyrics. I’ve always written about my own experiences, even on the past albums, but here the focus was more clearly on things I’ve been going through in my head. Even ”Deti Birkenau” was like that, even though it’s a historical song, because we visited Auschwitz with the band about a year ago and the song practically wrote itself due to that experience. So, very personal stuff. 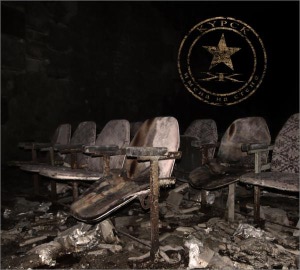 Please, can you tell me something about song “The Filthy Hero”? What are the main theme of lyric?
There’s been this alter-ego of mine on all the Kypck-albums, called Yegor Kuznetsov. There was a song about him on the first album, and the song Bardak (Brothel) on the second. He’s maybe the nightmare-version of what my life has been at times, when I was leading a ”desperado”-phase in my life. Or maybe it’s a grim vision of what the future could be if everything went to hell… And as the world seems to be heading to hell, I don’t know is it really that far off the truth. Yegor is always around the corner.

What is deeply in your mind when you’re making the texts about Russian history?
Well, I always begin with the music before texts. And usually the music evokes some images or things I’ve read about or experienced in the past. I’ve read quite voraciously about Russian history and literature in the past 20 years and lived in Russia for two years, so there’s a lot to think about there, heh! I usually try to isolate myself from everything else when I work on the songs. This time I escaped to Tallinn, Estonia and spent some five days in an old Soviet hotel, just working on the stuff, visiting some museums, walking around… You need time to be able to focus properly.

Listening to KYPCK music activates in people various ideas. Pictures of wars, old movies about II.World war, documents, old newspapers… How do you personally want, that your music appeals on listeners?
I think our music demands some time and effort to get into, especially if you don’t know Russian, so you need to check at least the translations. And even then you will probably miss all the intertextual references to Russian literature etc. But of course if you already enjoy atmospheric, even ”doomish” music, then you might find something you like. I mean we’re not a traditional doom-metal band in any way, but we try to mix those elements with something colder and more modern. And Russian, of course. So, there’s definitely a lot there if you care to dig a bit. 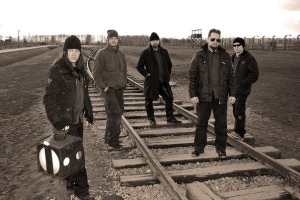 Artwork is again really interesting work like in the past. Who is the creator?Is it something old russian theatre?
It was actually our roadie, Petri Laurell, who visited the ghost town of Pripyat, near Chernobyl. There’s a theatre, yes, and just some old apartments that were abandoned there. We wanted to travel with him, for one thing, but didn’t have the time. So, when we saw the great pictures he took there, it was pretty easy to make the decision to use them. They suit the music perfectly, once again.

Any distribution in Czech republic haven’t “Names on the Wall” yet. “Lower”… it’s the same problem. Please, have we planning something to change?
At the moment, no. I checked with our label and basically they should be available from Germany. But if you know anyone who interested in licensing those albums cheaply, then tell them to be in touch, heh!

What’s the story behind the album title? I ‘think, that your last CD is full of decadent symbols. Do you agree with me?
There’s no big philosophy behind it this time. We first had the song ”Name On The Wall” and I suggested that we use that in the plural for the album title. It just evokes some interesting thoughts, like names on some memorial, or graveyard, or (if you’ve been to St. Petersburg) the names of various poets, writers and generals on the walls of old St. Petersburg buildings – things that are important to me personally. I don’t know about the decadence per se for the last album, it certainly wasn’t premeditated, but I guess in retrospect you are quite right. 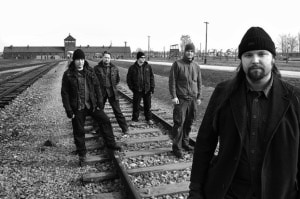 Can I ask you on reactions of Finnish and Russian fans and also of the ones from abroad?
Well, we tend to split people’s opinions very swiftly into extremes. Obviously most of our hard core fans are in Russia, but we have really met with a lot of hatred also, both in Russia and in Finland. In Russia, some people consider us some cold, calculating, money-hungry fascists in Finland, who want to mock Russia, whereas in Finland, some people think we’re some Putin-loving communists. I think they’re both simply ignorant. We have also some very interesting personalities even in the US… people sending pictures of themselves surrounded by our stuff etc. So, I guess we’re mostly a band for some shady underground types, who really get what we’re doing…

Russia and its history are full of interesting issues, but what do you think about the relations between Russia and the states of EU? For exaple: What’s the finnish media say? I mus say, than Czech newspapers are against the Russians very often…
Yeah, well, I tend to follow politics nowadays also as a part of my profession and I can only say that after the events in Syria and especially the civil war in Ukraine, it’s become extremely hard, almost impossible to get reliable news. I’ve become very skeptical to the official news in Finland as they seem to have a clear anti-Russian agenda, trying to push Finland into NATO. And I’m not so sure that it’s the best thing in the current political climate. There’s clearly two sides to the story, but you have to dig it out yourself, which is obviously very hard even for someone who reads Russian news. There’s just propaganda from both sides and new atrocities after new atrocities. So people just get this chaotic pounding of horrible news and nobody seems to follow through what actually happened in each instance. I mean, does anyone even care about the MH17, the investigation of which was now declared classified? Classified? Really? I think you should go back all the way to last November and December and start deciphering the events in Kiev. Sure, the Russian government is not blameless, but the way the EU and US handled the situation shows some appalling statesmanship and lack of understanding of historical and political realities that I cannot be but amazed. Anyway, it’s a difficult crisis and I’m afraid it’ll just get worse. 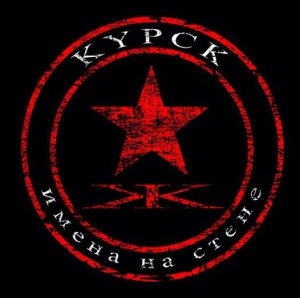 What do you think about situation in Ukraine? What’s cause of the problem? Is it only big game of politicians? How do you see the future of (maybe) war?
Well, like I just said, it’s very complicated. Ukraine has been split into East and West long before this crisis began, and I don’t think it was wise from either the EU or Russia to escalate the problems. What they’re should have been is an international peace-keeping force deployed there right after people started dying on Maidan. But I guess the UN is dead. It’s definitely turned into a game now, also into an internal game for Finnish politicians. And I don’t remember living in such a stupid time in my short lifetime. I may be completely wrong, but the way I see it, the problem was there to begin with, two people wanting different things, and then extremists within the Kiev regime deepening the mistrust in the East. And of course Russian support for the East causing panic in the West. Sadly, we’ve seen this all before after the second world war in Europe. I just hope people are
smarter than the politicians, in the end, because we’re the ones who’re going to pay for all this.

Autumn is coming. Do you like this part of the year?
Heh, not particularly. I’ve got enough autumn and winter inside of me that I find summers easier to cope with! Fortunately we have this 11-show-tour in Russia to keep things more interesting!

Do you have any plans for touring the world any time soon?
So far all of the requests have come from Eastern Europe, but basically we don’t have anything against playing elsewhere, too. We’re just too old to accept any bullshit offers, so it would have to be some experienced booking agency with whom we could work! But sure, let us know if you have any suggestions…

Well, thanks on your time! Take care!
You too, hope to see you in a show someday!