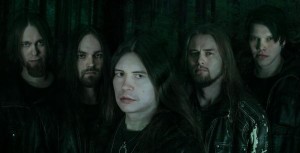 KAUSALGIA was founded in the year 2010, when the two founding members, Markus Heinonen and Tommi Häyrynen figured they had the shared vision of what a perfect metal band would sound like, altough being almost totally opposites as persons and music lovers. The duo made their first release ”Promo 2010” by themselves with a minor recording help. ”Promo 2010” received lots of positive reviews from the media and a good reception from the listeners. Many fans have been anxious to get a copy of the release even years after it was sold out.

When the duo found that their vision, altough yet in it’s raw and unpolished form, had an impact on new fans, they decided to take the band further and gather a full line-up. On synths they found Ville Mettänen and after a long period of rehearsing and working with different guitar and bass players, Kausalgia was joined with Aaro Haverinen on lead guitars and Janne Jääskö on bass. 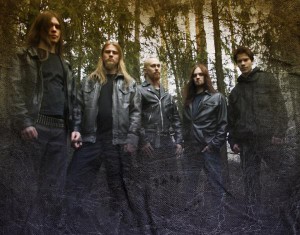 With a full line-up KAUSALGIA recorded and released their first EP ”Farewell”. The first press of the CD was released independently and the second press was released by Pest Productions. ”Farewell” received even more fuzz around the media and the audience. With a full line-up and sufficient catalogue of releases, Kausalgia started doing live shows all around Finland and beyond.

In 2013 Kausalgia started working on their debut album, ”Dreamquest”. Having done the previous releases with some compromises, the debut album would need a lot more time and work to represent the vision of the band. Some of the work was done in commercial studios, but most of the album was created in Saarni Studio, which the band built in order to have a full control over their own sound and vision. The album was finally finished in spring 2016.