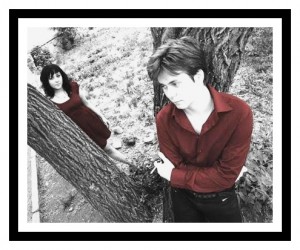 Hi Anton! How could you recapitulate the activity of KAUAN until now? Did you expected that your band can get into people’s knowledge so fast? For instance: in CZ we can get your last album quite easy but it was not the same situation in the case of yours previous albums.
Hello! Well, when I started Kauan, I didn’t even know if any albums of this project would be released, so what can I say about the last album… It’s very easy to find even in CZ? It’s great that more and more people know about us, and if they like Kauan music, they can buy it easily, without any complicated, distant orders from eBay etc. What about Kauan nowadays? We are recording a new album right now! The best way to describe the concept of this new album is to say what my sound engineer said when he listened the promo tape of the album: “I was afraid that it would be similar to the previous works, but it’s fresh! Sure, it’s same author, similar ideas, but it’s a fresh vision, new techniques and most importantly, it’s 100% sparkled, from the first second to the last“. It will be the best album of KAUAN, I promise.

„Avaa tuulen maa“ is your last music album and is really very successful. Of course we can feel the deflection from metal to same special kind of post-rock. This deflection was intended? Personally I feel you will have a great opportunity of new possibilities.
Exactly. I realised, the further away you go from metal and these “closed” styles of music with strictly defined number of instruments, the more widely your musical ideas can be shown by other methods. Of course I’m not saying that metal or rock are poor, but guitar is just becoming more and more abstract in my musical language.

Does your new album have single idea?
Hmm… It has single ambience. Endless ambience. Idea is something not static, in my opinion. Idea could be changed even in the process of its execution. The same with ATM, I had one idea, a few ways of executing it. And the listener is the only person who can hear if there’s a single idea, or a million small ones mixed together.

What kind of your album reflection has you received so far? Has you recognised the difference between the reactions round the world?
Thousands of good reviews, appreciation for KAUAN music, sometimes even videos where someone’s playing our song. But I never tried to recognise differences between reactions, haha. 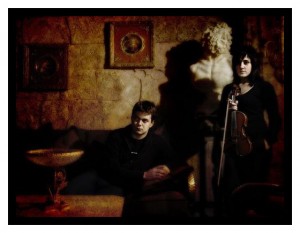 What is your best inspiration?
To be honest, I didn’t know the answer to this question until this upcoming album. I had this question a million times in interviews, but I always said different things, which are not actually the inspiration. Now I know it. It’s love, feelings and memories.

What personally means the self-realization for you?
It’s the success of something that I’ve done. If I write a song and someone says that it’s cool, it’s enough. And it’s a million times more successful if this “someone” is my girlfriend, for example.

Finland and Russia – in history these two countries had not always lived in a friendly way. On the other hand what most fascinates you on Finland?
Language, geographical location, people with their mentality, musical property and nature, which is quite similar to the place where I’m living in Russia. Would be possible to you to organize the European tour? I think many fans would like to see you for yourself.The Romanians tried to invite us to Buharest for a big concert, but there are a lot of details, like very expensive costs of transfers. We would be glad to play a concert even in CZ, in fact the next few years I’ll be living in Ukraine, which is much closer to Europe than Ural and Siberia. Anyway, it’s not the main target for now. Maybe we’ll get a support role for a European tour by the new album “Kuu..”, but I haven’t talked about it with Avantgarde Music yet. Who knows…

One attraction – do you know the band KYPCK? The opposite – it is Finnish band singing Russian.
Yes, I know them. But they knew us first. 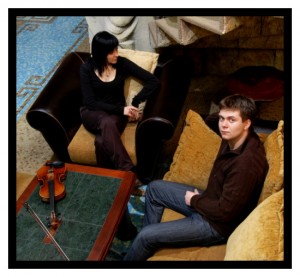 Your home is Chelyabinsk. How it is the place for live? And what about its music scene?
Chelyabinsk is rich of local “core” and rock bands. Also some electronic artists, but no one of them any visible progress. They record albums, share them in the Internet and at concerts, that’s all. About Chelyabinsk, it’s a good and big rising industrial city with developing culture.

The debut album was issued within your project HELENGARD. What cause you to create this project?
It’s an old story, actually Helengard is my first musical project which was formed accidentally. In 2005 I recorded a few songs at home, one of them was with female vocals. I was only 15 years old, so… Arrangements and recording quality were too poor to have any hopes. Later, for the next 5 years, I occasionally recorded new stuff in notes, in pauses between Kauan and all other projects. Finally, in early 2010 I decided to record the debut album of Helengard and showed a promo tape of this album to Firebox Records, they liked the material and showed us the green light. Alina Roberts sings all female parts on this album, I’m totally satisfied in working with her. One funny fact, she was in Kyiv, I was in Chelyabinsk, so when she recorded her vocals, I wasn’t even in the control room of the studio, so she had a very big responsibility in understanding me right from first to last word and do everything as she felt. She did it in an ideal way.

Finally please enclose the nearest plans of both your bands.
For KAUAN, it is to ensure the best production for new album. It’s all I want. All other plans are top secret now but I can say that 2011 will be rich of new music from Anton Belov, you can be sure of that. A couple of albums of different projects are coming soon. I’m not sure, if I’ll have enough time to do everything in 2011, but I’ll do everything as soon as… I want.

Thanks you for the interview and I wish you a lot of inspiration. I hope we will meet at another conversation.
Thanks to you too, all good for you and your magazine!