KALT || WEISS is an Avantgarde Blackmetal Project formed in 2018 from Vienna, Austria. Fusing the atmosphere and euphoria of blackgaze with the visceral elements of dissonant blackmetal, KALT || WEISS have created their own signiture blend of emotionally violent music.

Welcome! It is a pleasure for me to have this interview with you. Please, Could you then tell us some interesting things about the circumstances of the start of Kalt || Weiss? Could you please introduce your music history too? No biography, just some interesting stuffs from your past…
Before KALT || WEISS i did two complete Solo EPs and scrapped them both. KALT || WEISS was more of a fluke, I was very frustrated cause I didn’t like anything I wrote so I just out of spite to myself put together a few Blackgaze riffs and suddenly everything clicked out of the blue. It’s the first time I’ am doing vocals myself again after over 10yrs of only playing Guitar/Bass and doing production so it was in a way me trying to retake some sort of autonomy over my own creative output, cause my whole mood sadly depends on my ability to put out art I like.

Your debut “Serotonin” is very imaginative. What’s your opinion when you look back at the record? How do you care about the criticism generally? Do you read any of it, does it have a meaning for you?
I do read all of it, and mostly it makes me smile. My favourite bit was in Toilet Ov Hell which was along the lines “on paper this seems like an absolutely horrible idea with a potential audience of maybe 15 people in the world, but somebody did it anyway” and that’s closer to the truth than people would admit to their creative process resembling a punchline.

What can you tell us about the lyrical side of “Serotonin”? Can we find some common concept or similar themes?
It’s mostly about what I’d subsummize as “The Postmodern Human Condition”. Sex, drugs, coping mechanisms, packaged in poetic but not too poetic german. If interested in depth i have translated and subtitled all songs in english on youtube, just activate close captions and change language!

I wanna ask you what leads you to play all the instruments by yourself? Is it because of not enough quantity of quality teammates or are you prefer to do everything alone?
Sometimes you have a really strong vision and urge to do something and are just not the person who is able or enjoys communicating effectively with others creatively and or waiting until something is done, I just like to tear down the wall and see what’s left after the dust has settled. 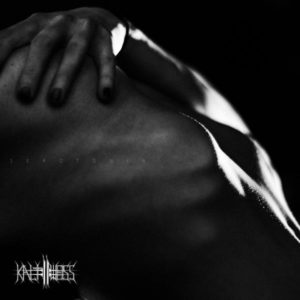 Do you ever plan on adding other members to the band, even if they are live musicians, to play shows?
Not right now, for this project I have a few good friends filling the roles for live, but for the creative side I plan to maybe collaborate on songs or write with other people, but officially it will stay a one person project.

What’s your perception of the Kalt || Weiss sound? Could you name any bands that influenced you?
DEATHSPELL OMEGA, LANTLOS, DER WEG EINER FREIHEIT, DEFTONES, but also more electronic or atmospheric acts like 2814, HKE (Hong Kong Express) and a lot of deconstructed club (love Coucou Chloe and Shygirl). But I am always very conscious that not necessarly everything I like is a good influence to have in a project. If you mix in something you like but does not fit the overall vibe or aesthetic it usually makes the project worse so I was very picky. From the outset I knew that “Serotonin”, the record, aims to sound very organic and natural, almost no electronics or synthesized instruments. There are a few synths on it but more as a texture, and they mostly sound like distorted violins.

Do you predict that, in the future, you will still release black metal music? Haven’t you thought about doing something completely different?
Actually I think I won’be doing any blackmetal in the forseeable future. Every project and band I’ve ever done or been in usually sounds very different to the other because one of the most interesting parts of musicianship is exploring the sonic and emotional landscape of something you have no in depth idea of. I sketched out and scrapped a few new KALT || WEISS songs, but if they ever materialize it will be more of a offkilter industrial dark club with guitars thing than blackgaze. No blastbeats anymore hah.

What do you think needs to be done for support your music?
Listen to it and tell your friends about it if you like it, thats enough.:)

What do you think about the actual scene for what concern metal music? Do you pay any attention to the Austria’s metal scene these days? Are there any young and talented bands?
Difficult. Anybody who knows me personally knows I am honestly not the biggest fan of the local output. Not that I hate everything, it’s just not a lot that really gets me. But this is ofcourse also more of a me problem than a country problem, thing is I have a background in a very diverse array of music so even the best metal record possible would not get me because it would just sound like regualr metal to my ears.

Are you satisfied with lifestyle in Austria? How often do you visit other countries? Do you like foreign cultures?
I try to fly out at least once a year, been to NYC and Ireland in semi-recent times (before the lockdown obviously). Even if the realization of a lot of policies leaves a lot to be desired I like the general idea of social democracy, and it’s enacted semi-okay-ishly here. As for the whole societal mindset, its a very very strong love and hate relationship. Some Austrians are great friends and I love them dearly but a lot of times I get intensely frustrated with backwards-farmer-village-from-the-medieval-ages mindset a lot of people in Austria sadly still have. And I want to emphasize for me this is not the classic left vs right or liberal vs conservative mindset… for me the big issue usually is a severe lack of ability to calmly try to form a reflected and well informed understanding and then try to argue your point. Most people are neither curious nor interested and then end up acting like herd-animals which benefits no one except maybe themselves in the short term.

Also there is one great quote: “I pity the boy who thinks his mother is the best cook”.

Thanks a lot for your answers and time! Take care! Yes, last question… What do think about pandemic Covid – 19?
Some sort of pandemic needed to happen anyway, it was just a matter of time. I am a bit shocked at the lack of real communication and crisis management. There were credible warnings in late December but the only thing everybody cared about here was keeping their ski-resorts open to keep the money flowing. But humanity is a very very resilient thing as we have seen over the last thousands of years and the lockdown seems to work so i am not too worried right now. I do not have a lot of faith in the governments but at least here in central Europe it could be worse.

Thank you for taking the time and stay healthy!