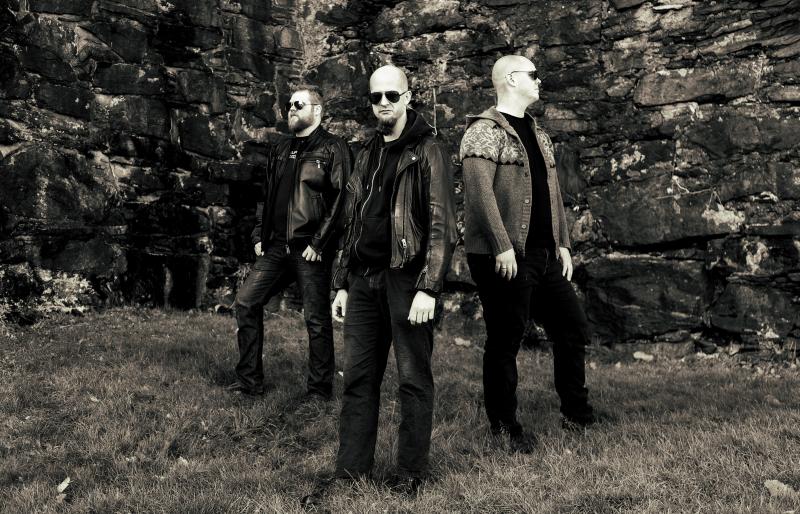 KALDVARD, an ancient Norwegian word meaning cold/chilly, is the name of the band given by one of its founders, Kaldr.

Galge hadn’t really had anything to do with music in years since leaving his former band GRAVDAL. Leaving the band was a hard decision to make, but out of loyalty for the band and respect for the fans, he left due to the lack of inspiration and to the fact that the band was always coming up with something new that he couldn’t keep up with at the time. 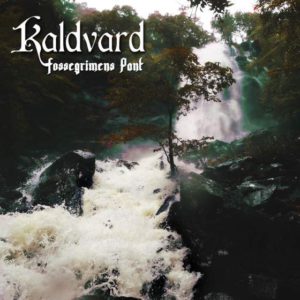 The years went by before Kaldr contacted Galge to give his opinion about some work in progress that he had going. Galge had always kept an open mind on the fact that he could very well return to music one day if an opportunity revealed itself. Listening to this, Galge realized that this was it, this was the way back to do something new, this could open up a universe of new possibilities and collaboration.

And this assumption was right, the song “Blåfrosset I Tid“ came out in 2018 as the first song created by the band that was now officially formed. Galge and Kaldr was now on fire, they had been in a musical coma for far too long and shortly after the second song came along with the title “Savn Med Hat”.

It was now time to decide what the band’s direction should be in terms of the lyrical theme. The band was not interested in landing on anything that would end up being something that they couldn’t back up or stand for. Therefore, Galge`s interest in local, national and international myths, history and legends came up as an answer to this question. The band agreed upon the fact that it should try its best to provide the listener with stories that had through history contributed to humanity’s way of thinking and coping with life itself. Also, of course, the band would address stories that might have been for pure entertainment way back in time, but these stories could very well have meant something different back then we can imagine.

Gruesome stories were told to protect for example kids from danger, dark legends were told to protect families from adultery and shame. But there are also real-life stories about the duty to become an executioner if your father happened to be one. In Norway, or rather Denmark-Norway the trials against witches and sorcerers are well known, from 1570 to 1695 it is documented that 307 people were burned alive for their alleged crimes of sorcery.

These atrocities are something we should never forget, and the band takes it as one of its responsibilities. The band also checks in with their pagan forefathers to try and imagine the time, place and conditions they were living in. What they might have felt when they lost their culture, when they raided an enemy territory or when they had to defend themselves in an everlasting hostile neighborhood.

So, the band tells stories of survival, war, bitterness, hatred, religion, politics and miscarriage of justice through our mythical and recorded history, it is the band’s purpose to teleport the listener back in time when legends and myth was known as facts. This is the band’s own interpretation of the different events.