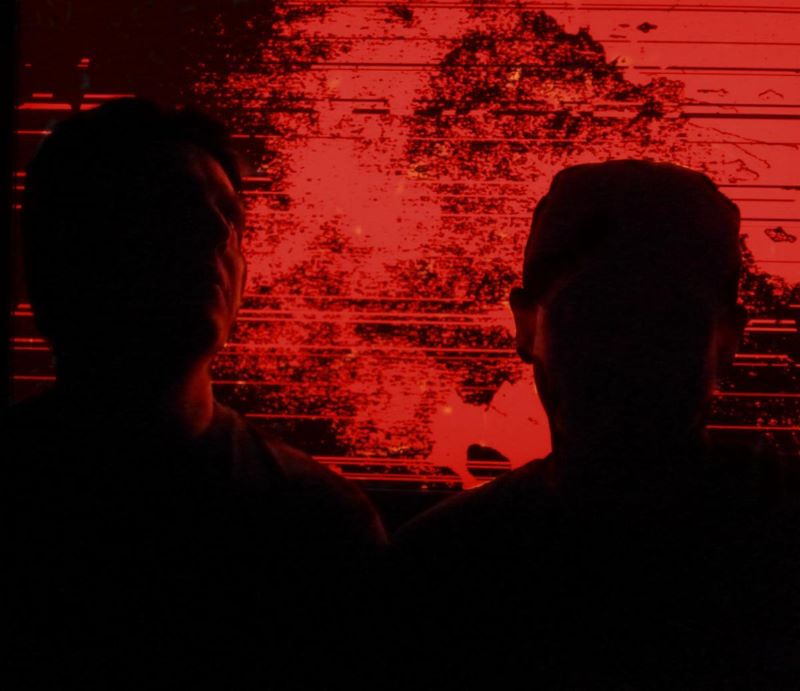 Massachusetts Death-Industrial Metal duo INVERTIA (Dave Coppola/Tim Winson) can not be discredited for the lack of trying to create something wholly different from everything else. Invertia’s music ridicules the hypocrisy of cult-religious fervor with nitroglycerin and napalm shred guitars and psycho-bombastic drum programming.

The band’s 2013 self titled debut described by Metal Army America as a “bastard child of Gorgoroth” and featuring “some of low- fi jaunts Al Jourgensen (Ministry) has taken us on” is a combination of black and industrial metal which is not only aptly described as oppressive but can be flat out overwhelming. 2014 brings the release Another Scheme of the Wicked which combines a blistering 5-track assault with 5 remixes from various musical backgrounds, including Ohm Resistance veterans Justin K. Broadrick (GODFLESH, JESU), End.user (THE BLOOD OF HEROES), and Submerged (METHOD OF DEFINANCE, THE BLOOD OF HEROES). INVERTIA is holding up a mirror displaying some of the darkest paradoxes and truly terrifying segments of societies.

In 2015, INVERTIA contributed to the Science Slam Sonic Explorer’s series on the EP titled Deep Time Predator, also featuring others such as At The Gates frontman Tompa Lindberg, Submerged, Tomas Andersson of DENATA and American sound deformers ZERFALLMENSCH. The subject: a predatory fossil, a half-meter long worm with deadly jaws that lived 420 million years ago, discovered by paleontologist Mats E. Eriksson (Lund University) and appropriately named Kingnites Diamondi in tribute to the musical legacy of King Diamond. The band also was featured in two paleontology books about this project.

2016 brought us INVERTIA’s full length The Biddings of Tyrants, with added elements of death metal and hardcore punk. The album as a whole, musically and lyrically, focuses on the world around us and its effect on the human psyche. However, each song is a different Bidding from a different Tyrant. The album also features the drumming of Aaron Rossi (MINISTRY, PRONG) and Kevin Talley (SUFFOCATION, DYING FETUS, SIX FEET UNDER)

October 31, 2017 (Halloween) INVERTIA returns with The Crimson Screen Vol. 1, the band’s first in a series of EPs that are thematically-based on the early days of horror films. While retaining the relentlessness and devastation that has plagued humanity throughout the years, the band has found new inspiration from the moving picture. A lyrical detour, the manner in which those early days of horror are interpreted sees the band heading down a very dark path; a crooked, detoured path into an abysmal whirlwind…

2022 sees The Quiver, another chapter of aggressive material within 21 minutes over 4 new tracks. They tell it like they see it, with a skeptical eye, again honing in on yet another disgusting look at a world full of propaganda, mistrust and indoctrination that is revolving around you.