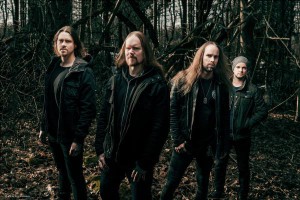 Out of the cold seas, out of the endless night rises the new tour de force of northern magic: “Winter’s Gate”, the seventh studio album of Finland’s melodic metal conjurers INSOMNIUM. A bold concept album ventures into yet unknown dark territories as it consists of one epic 40-minute song that is forged around an award-winning short story written by the band’s vocalist & bassist Niilo Sevänen.

After their most successful album to date, “Shadows of the Dying Sun” (2014), the band wanted to challenge themselves and create something that hadn’t been done before. During an autumnal rehearsal session, when the storm was raging outside the small seaside cabin, Sevänen, Ville Friman (guitar & vocals), Markus Vanhala (guitar) and Markus Hirvonen (drums) sipped some well-deserved wine and talked about future endeavors while listening to EDGE OF SANITY’s classic “Crimson” album. From this nightly session an idea of a long, meandering song was born. This was soon bound together with a story that Sevänen had already written almost ten years ago; “Winter’s Gate” was to become an album and a book, released in the same package. Thus the ambitious project started. 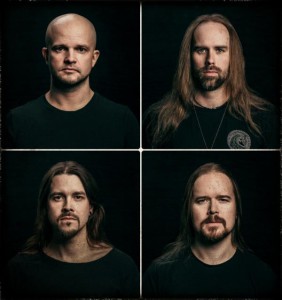 “Winter’s Gate” short story draws inspiration from history and the rich Scandinavian mythology. “It’s a tale of a group of grim Vikings who set out to find a fabled island northwest from Ireland – even though the winter is already drawing near. The three narrators pull the reader in to follow the unfolding of the story from different perspectives”, Sevänen comments. In 2007 the story won the Nova short story contest and in 2008 it was chosen as the fourth best story in fantasy & sci-fi genre in Finland in Atorox awards. The story is released now together with the album in luxurious art book size, also including the full story as an audio book read by Niilo Sevänen himself, and in three languages: Finnish, English and German. Imposing illustrations are done by the Finnish artist Teemu Tähkänen. The Gatefold LP+CD will contain a booklet featuring the story in all three languages as well and the album on vinyl and CD, while the Jewelcase CD version comes with an extended booklet including the full story in English and the “Winter’s Gate” album on CD.

Musically “Winter’s Gate” immerses deeply into stirring abysses of melancholy, but as it’s the case with every INSOMNIUM album, new elements are brought in to widen the spectrum. The band has always had their own unique way of making melodic death metal but now they are venturing deep into the realms of doom, progressive and black metal. All the varying elements are woven together into one captivating opus that follows the dramatic arc of the story. It’s a rich album full of different atmospheres and emotions; full of overwhelming, gut-wrenching and masterfully crafted music. Majestic keyboards were once again created by Swallow the Sun’s Aleksi Munter who has been the mercenary synth wizard for INSOMNIUM since “Above the Weeping World” (2006). The album was recorded in a same manner as its predecessor, in the studios of Teemu Aalto and Kimmo Perkkiö. For the mixing and mastering there was really only one candidate: Dan Swanö of Unisound Studio, best known as the vocalist in EDGE OF SANITY. The one man who knows something about metal creations of epic proportions. 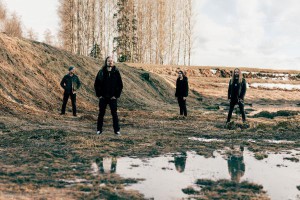 “I loved mixing this album. I never expected the band to go so far out of their comfort zone and create such a progressive (in the true sense of the word!) masterpiece! I am a longtime fan of one track albums (having done 2 myself) and this one will certainly fight its way, Viking style, into the ‘One track albums Hall of Fame ‘. Sometimes while mixing it, I got the vibe that they had been drinking to some kind of strange brew made from the ashes of all the albums I mixed in the 90’s while writing this extreme metal symphony!”, Dan comments.

“Winter’s Gate” is a crowning achievement for a band that has evolved impressively since their foundation in the Finnish university city of Joensuu back in 1997. These metalhead schoolmates were drawing inspiration from the blooming Scandinavian melodic death metal scene of the 90’s and the band quickly found its own unique way of combining melancholy and fierceness with multifaceted lyrics. From those days the only direction for INSOMNIUM was to go steadily up and forward: album by album – from their 2002 debut “In the Halls Of Awaiting” via “Since The Day It All Came Down” (2004), “Above The Weeping World” (2006) and “Across The Dark” (2009) through to their Century Media debut “One for Sorrow” (2011) and “Shadows of the Dying Sun” (2014) – they’ve gained an ever higher status. And tour by tour the passionate musicians edged their way to the very top of the scene and have by now become the spearhead of melodic death metal.

A sudden case of serious illness in Sevänen’s family forced the band to make drastic decisions in the autumn of 2015 and for example cancel one tour altogether. Since then things have progressed well, and while the band has only done festivals and short trips during this year they are now ready to get back to touring again after the release of “Winter’s Gate”. Playing the mammoth song live will be an interesting challenge that the band is really looking forward to. So brace yourselves and tighten your cloaks. Once the gates will be opened the cold breeze will spread to every corner of the land. And the winter will come. 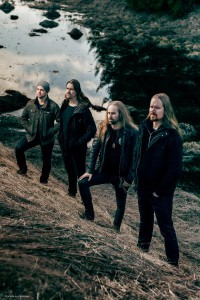