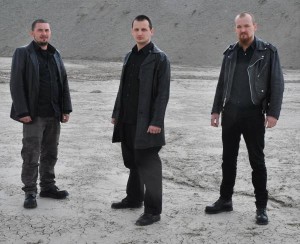 The band’s sophomore album entitled “Eternal Chaos” will be released in November by Via Nocturna. The follow up to the 2010 “Death Syndrom – The Second Step To Hell” consists of 40 minutes of intense black metal with ferocious sound and old school songwriting.

“Eternal Chaos” was recored in Roslyn Studio and engineered by Krzysztof Godycki. The cover art was designed by Bartek Kurzok (Mort Douce, Strandhogg, Demonic Slaughter and more). The album will be available as a jewel case CD limited to only 500 copies! Below you can listen to the track “My Death” from the upcoming album. More information coming soon at www.vianocturna.com