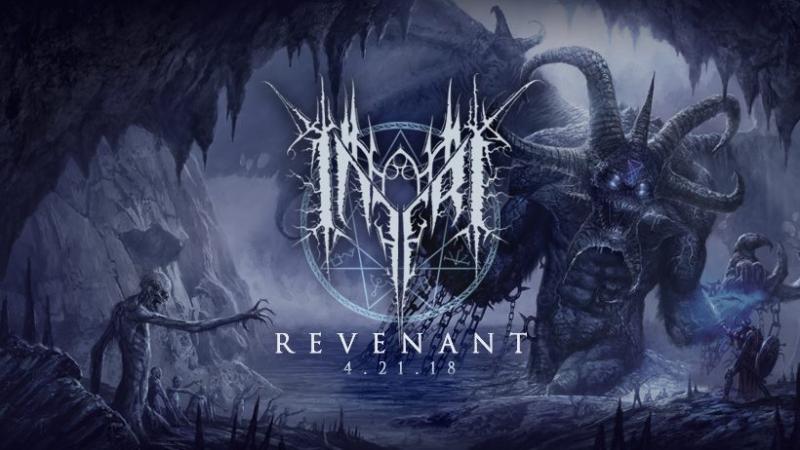 Nashville-based technical melodic death metal group INFERI recently announced their forthcoming new album, Revenant. The album is set for release on April 21st (Record Store Day) through The Artisan Era. After taking the world by storm with their 2014 breakout hit, The Path of Apotheosis, Inferi is proud to return with a strong follow-up record on Revenant that lives up to the high bar the group set for themselves last time. The album’s first single, “Behold The Bearer Of Light” Ft. Trevor Strnad of The Black Dahlia Murder was premiered through Metalsucks a few weeks ago and can be listened to here.

Today the group partnered with Decibel Magazine to launch “Condemned Assailant”, the second single to air from Revenant thus far. The song is a pulverizing onslaught driven by lofty aims, yet grounded by strong soaring melodies that INFERI is well known for.

Comments INFERI Guitarist Malcolm Pugh regarding Revenant
“This album was long overdue, but are all very proud of how ‘Revenant’ turned out as a whole. Our new lineup has really set the bar higher than we ever thought was possible for the sound we are trying to create, so this is by far the most mature album we have ever put together. Each song has its own character and as a whole, I think it will take listeners on a journey through some very interesting and energetic musical passages.