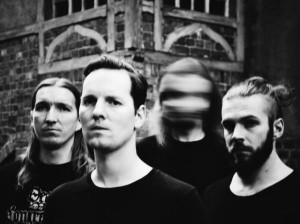 Following the recent Decibel Magazine announcement of their fourth album, entitled ‘Vanitas’, IN TWILIGHT’S EMBRACE unveil their stunning music video to the track ‘As Future Evaporates’.

The video was shot amidst the woods and lakes of the Western Pomerania region, where I come from, explains vocalist, Cyprian Łakomy. The band travelled to a desolate island in that region, with no access to electric power and a very weak cell phone reception. Cyprian visits this place whenever he needs to detach himself from people and everyday realities. He confesses that the solitude and total silence of this place enabled us to capture the mood of the song accurately.

The video reflects the atmosphere of the entire new album. Cyprian explains: The video conveys the leitmotif of our entire new album that death accompanies our whole lives. We encounter it at different stages and its growing awareness should drive us to make the most out of the time we were given. Sadly, few have enough guts to aim at something more than barely surviving.

Vanitas will be released on 22 September 2017 through Arachnophobia Records. CD pre-orders are available now, while LP pre-orders will be made available shortly. Vanitas was recorded, mixed and mastered in 2017 by Marcin Rybicki at Vintage Records and Left Hand Sounds.