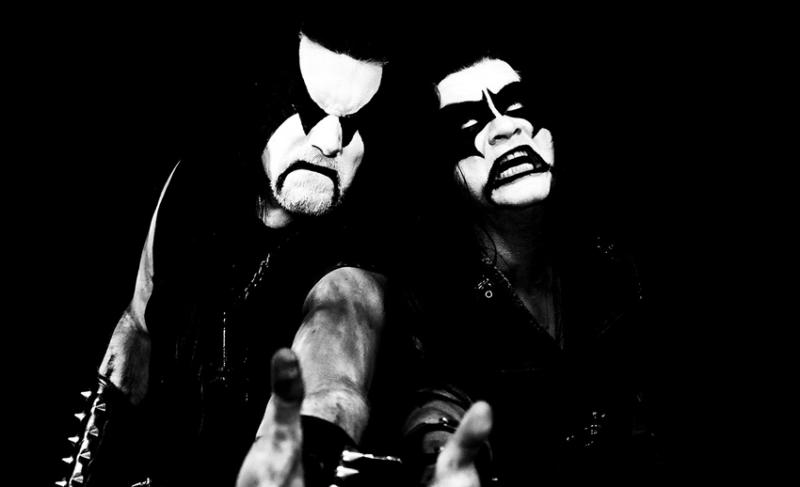 The icebound gates are opening. Awakened to shroud the world in coldness and darkness once again. Blashyrkh has arisen – and with it “Northern Chaos Gods”.

IMMORTAL’s new album is a blizzard agitating the very foundations of black metal. With rabid furore, teeth-baring aggression and an eerie cold that crawls deep into the very bones of the listener after only a few unrelenting seconds, Immortal have erected a new superior kingdom of frost on top of their existing legacy. »Northern Chaos Gods«, consequently, is the very essence of IMMORTAL; a distillate of grimness that will once again heave the band onto the ice throne of Norwegian black metal.

The songs on »Northern Chaos Gods« sound like they were cleaved out of a massive glacier. Grim, harsh and frostbitten, gripped by a triumphant possession – it’s an apocalyptic tribute to the complete and glorious past of this living legend. Once again with the help of producer Peter Tägtgren, IMMORTAL has unleashed another classic album! “This is how Immortal is meant to sound”, croaks Demonaz, “and this is an album that pays tribute to our musical past as well.” 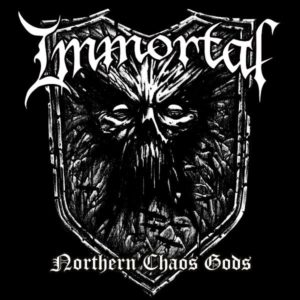 The sons of northern darkness have unleashed a Nordic winter’s storm, covering each and every soul. It’s an album meant to bring the listeners to their knees in epic wintery surroundings, as well as a direct blast into that one and only IMMORTAL battle ready chant. IMMORTAL are imperishable just like the permafrost up in the far north, as they successfully proved with the seven-year gap between »Sons of Northern Darkness« and »All Shall Fall«. “We want to be timeless” says Demonaz, nodding his iconically war-painted head. Aside from delivering his trademark guitar sound, he also coruscates with a rasping, raw vocal performance direct from the northern abyss.

“The vision was to make the ultimate album both for us and for the IMMORTAL fans”, Demonaz continues. “An ultimate journey through Blashyrkh, the realm of all darkness and cold.” From the biting storms of the band’s very first albums to the weight of »Battles In The North«, the icy furore of »Blizzard Beasts«, the epic thrust of »At The Heart Of Winter« and »Damned In Black«, the massive sounding »Sons Of Northern Darkness« and »All Shall Fall« erupt as eight testimonies of IMMORTAL’s supremacy. »Northern Chaos Gods« culminates its blistering journey with ‘Mighty Ravendark’, a bow before one of their grandest efforts.

IMMORTAL deliver a record honouring old virtues yet establishing new standards. A band that has proved their skills each and every time they had to, »Northern Chaos Gods« is no exception. Demonaz and Horgh state: “It´s been a real pleasure to get the first reactions from those who have pre-listened to the album”