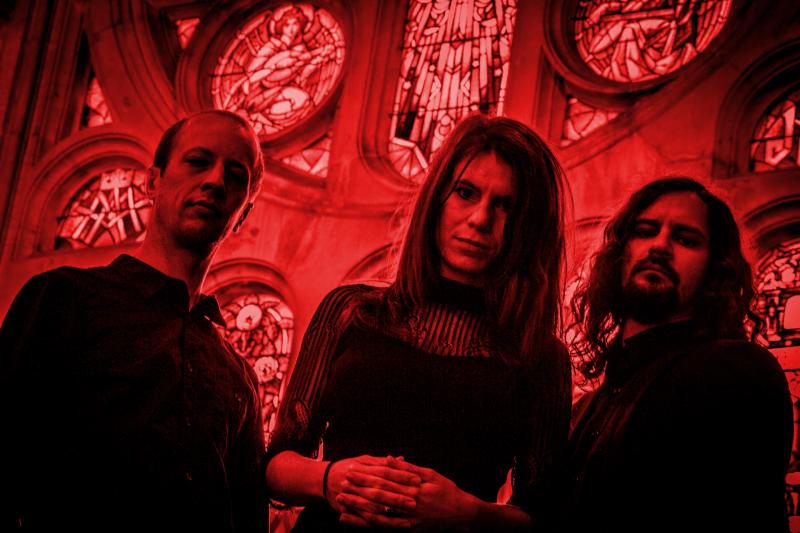 Born by the end of 2017, -ii- released a first EP (“Lighthouse”, 2018). Influenced by the ghostfolk of Chealsea Wolfe, the six tracks convey a sense of passion, an insular spleen haunted by a spectral voice.

The band then refined its style on the road, giving concerts all around France (and even on the Reunion Island) but also in Switzerland, Italy, and Luxemburg (where they opened for the noise rock band HEALTH).

This experience will take the form of a single, “The Rings of Saturn” (out in March 2020) recorded in Germany at the Songs of the Century Studio. The song marks the will of the band to emancipate itself from its first influences and to dive deeper into industrial territory.

Right after this release and a last concert at home (opening for Svart Crown and Gost), COVID 19 put the whole world into lockdown. During this seclusion period, the band keeps on experimenting with noisy and electronic elements, releasing two singles (“Crowns” and “Summer in the Wait”) as well as several remixes (of Chelsea Wolfe, HEALTH, and Daughters).

This time off the road will give the band the opportunity to get started on the production of its first album “Extinction”. Within its nine tracks, -ii- offers a brand new aspect of their music, leaving the insular spleen of “Lighthouse” for a tortured introspection. The album brings out the key elements to the bands style : an oppressive, choking synthetic bass sound wrapped up around an electronic beat made of deep kicks and harsh noises, pulsing the ghostly vocals and guitars into an apocalyptic prayer.

The first extract and music video, “Void”, is a catchy industrial song offering a display of the band’s will to create a clear, strong, pictural identity. The video is a tribute to movies like “The Neon Demon” by Nicolas Winding Refn or “L’Enfer”, the unfinished masterpiece of french director Henri-Georges Clouzot. It is a graphic trip into the emptiness and vacuity found behind the curtains of the luxury world. It is the dark side of a perfume advertising shooting.