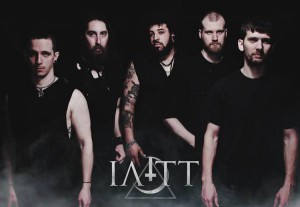 Conceived in 2008, I AM THE TRIREME quickly began to heave their mass out of the dark abyss and shape themselves into a great leviathan in the world of extreme metal alongside acts such as Rotting Christ, Goatwhore, Suffocation, Exhumed, and literally countless other heavy hitters in the extreme metal community; proving IATT as equals in the genre.

While never claiming to be strictly black metal, IATT hold strong to belief of black metal in it’s purest form – unencumbered and in direct opposition of ALL religious ties and affiliations. In a time where ideals and strong beliefs have shifted into trends and thoughtless practices, leaving the scene littered with hollow shells in the image of our forefathers; I AM THE TRIREME sets a course true to their convictions and shines an unapologetic ghostly light through the fog into the beyond.

Philadelphia Black Metallers I AM THE TRIREME Releasing ‘Gnosis: Never Follow the Light’ June 30 on Few bands can match the ferocity and sheer brutal combination of melodic death and vile symphonic black metal that I AM THE TRIREME (pronounced “tri’ reem”) has conjured. IATT bring forth a relentless, fast paced, crushing wall of blackened brutality and haunting melodies. Listeners can expect to hear a searing, dark, aggressive blend of brutality and purely sinister blackened metal that is sure to leave them foaming at the mouth.

Gnosis: Never Follow the Light is a poignant Passage through the stages of Enlightenment and Ascension. Each song has its own symbol and is comparable to the metamorphic phases of a Butterfly, or in a more morbid sense the five stages of grief. The album leaves room for the listener to use perception as a tool while reaching a common result. Sonically, Gnosis: Never Follow the Light cannot just be lumped into a generic collective genre, attesting TO I AM THE TRIREME’s struggle to avoid blending into a scene or live line-up. For IATT the album holds the symbol of constant suffocation and deprivation of carrying out a normal life. Indeed, the band has been completely consumed for two years in the creation of this masterpiece. 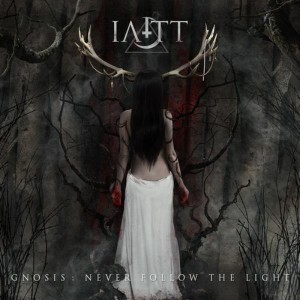