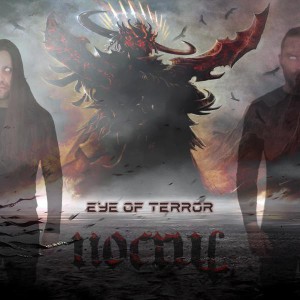 Hungarian black metallers NOCRUL have released their fourth full-length “Eye Of Terror” via Bandcamp. It contains seven new heroic black metal songs and a cover from the band Heaven And Hell.

The band comments: “The Eye of Terror is a realm of madness and despair, where skies weep blood, ancient stars burn in multi-coloured flares and the whims of the Dark Gods of Chaos hold sway. The weak and foolish bands like to say the new record is their very best – we think this kind of statement is pure humiliating of the previous releases and the listeners who enjoyed them. NOCRUL’s new material is just as good as any others before! The only but slightly differences is that the songs have more variety through the album than before – not to be better, but because this was the requirement of the Chaos Gods!”