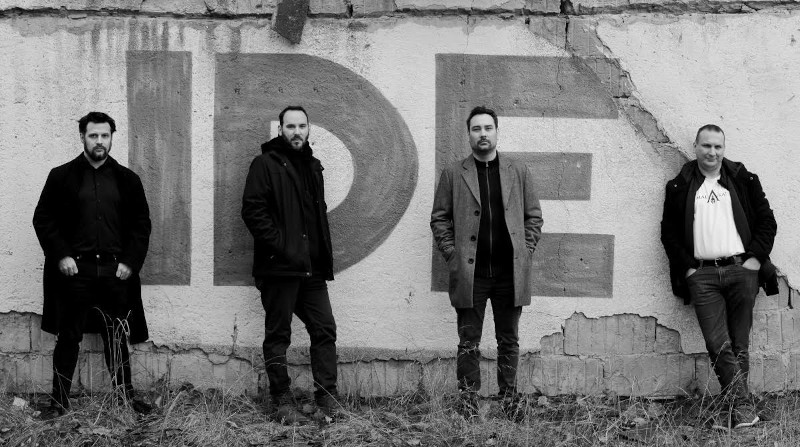 Hungarian experimental progressive rock band GHOST TOAST is set to release their fifth studio album Shade Without Color on March 3rd 2022 via Inverse Records. The first single “Get Rid of”.

Shade Without Color is the follow-up for our 2020 album Shape Without Form. The majority of the songs were written at the same time, and we intented it to be a sort of a double-album , in which the two would come out at different times. Both titles come from T.S. Eliot´s poem The Hollow Men and both albums mostly deal with the subject of emptiness, the process of becoming empty only to an extent which suits an instrumental material, of course.

The basis of thought behind the album is not the actual state of emptiness, it´s rather the things leading up to it a like personal fate, tragedy and weakness; the subject of authority; technology becoming impersonal; politics, alienated people; the feeling of being threatened.

We look at both records as an illustration of this theme, this is mostly why we use (again) quotes from movies, interviews, speeches or poems. Our own thoughts and feelings are encapsulated within these and of course, within the music surrounding it. We also attempted though to resolve this mostly dark subject, as we do not believe that mankindâ s fate generally would be hopeless and that there would be no way out. Darker parts lead to moments filled with more hope, while in the melodies and themes intented to be more beautiful and soft have a recurring dissonance, indicating this constant battle.

It because of this fact that we would omit writing in too much detail about every song, we believe a matching or an actually used quote should be enough to set the mood and give some ground to the concept behind the song.”