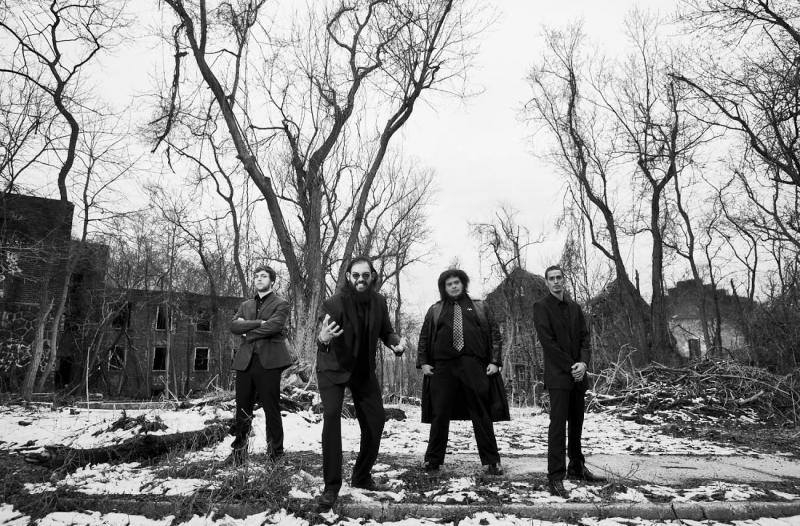 HOMERIK takes on an unusual role in Metal music. At the helm is Homerik’s musical director Kenneth Candelas (The Mad Composer of Pestilence), followed by composer Cory Boyle (The Night Walker of Death) and lyricists Andrew Petriske (The Daemon of Famine) and (The Gatherer of War). Combined, all four embody the Four Horsemen of Homerik.

However, what lies within each piece is much more than that.

Homerik’s debut album is better described as a major collaborative effort by friends and colleagues in and around New York City. Beyond this iteration, their story expands into the ancient universe of mythology and folklore such as Dante Alighieri’s The Divine Comedy.

This union of talent has produced pieces such as “Song of The Night: Part I,” which is made possible with the orchestrated force of guitars, drums, bassoon, piano, brass and strings–all complimented by the mystifying soprano and alto vocal work by Carla Candelas and Nilsa Astacio. Combined, they make a chillingly beautiful narrative of a girl with recurring nightmares of abuse and neglect.

Not only does the work show its fruition from the friendships of Homerik’s members, it also celebrates those who have been a great influence but are no longer with us. Among their other works are “An Angel of Darkness” featuring the majestic pipe organ of the Riverside Church in New York City, and “Into the Pits of Oblivion” & “Unforgotten Kin”, inspired by Mesopotamian lands. A lot darker by contrast, they revolve around those lost friends; their memories kept alive within the heavy metal overtones of Cory Boyle’s skittish guitars and Anthony Espinal’s (of Divergence) razor sharp riffs. 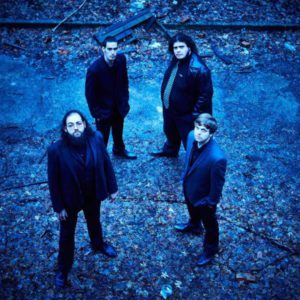 What’s more is not just how talent comes together, but really how Homerik is more of a melting pot of different cultures of musicianship. While Ken derives his inspiration from Metal, the group is certainly not shy about exploring other genres. “The Balance of Power” is among one of the songs with an international taste; it focuses on two dragons, the representations of Yin and Yang. The song itself has an Asian essence, in relation to its subject matter. It isn’t alone, of course, in its cultural twist – “The Ire of Green” is one about indulgence, enjoying oneself, and simply having a good time, with an Irish spin to it. Meanwhile, “Wendigo” places oneself amiss the haunting scenario of one running from a hungry, relentless cannibal deep within the African Congo.

Homerik went through great lengths to produce their debut album. Over the course of two and a half years, the duo worked equally as hard on the music as they did on the content of their lyrics. “Curse of the Black Nile” features soprano Anita Hilaly, singing in Ancient Egyptian. Translated from verses in the tomb of the pharaoh, Unas, this Egyptian piece screams loudly about isolation and the desire to remain undisturbed. “Bread and Circuses” is a political statement against tyrants, sung with the passion of a persecuted gypsy, as Forsakken’s Brittany Diaz finishes off the album in “The Legion”, where we experience the overthrowing of that corrupt government.

What HOMERIK seeks to accomplish is an opening statement to others. Unsatisfied with mainstream Metal and the massive number of “regurgitated” Metal, HOMERIK wants to invite others to look into the possibilities of Metal music. To see how such a brutal and extreme genre can become something so beautiful in a new, unique way.

NEW CHAPTER
“The Room. As you enter the room, the fire crackling from a burgeoning fireplace, you walk beneath an ornate chandelier; solemnly dimming the walls with a faint yellow eerie glow. The chandelier is quietly fostered by a few small candelabras hanging alongside the walls. You pan around and take notice of the many curiously exquisite paintings that dress them. As you walk by, the paintings emit emotions to you. It is as if you were gazing into the eyes of another soul.

A big, red chair sits in front of the fireplace, and a sword lies on the floor sprawled out of a cane’s hidden sheath. Smeared with blood, the sword exhibits the emotions of malicious intent and evil. Nearby, on top of a nightstand, a teddy bear lies lit only by the light of an effervescent midnight moon. It sings to you a familiar song about its rightful owner…”