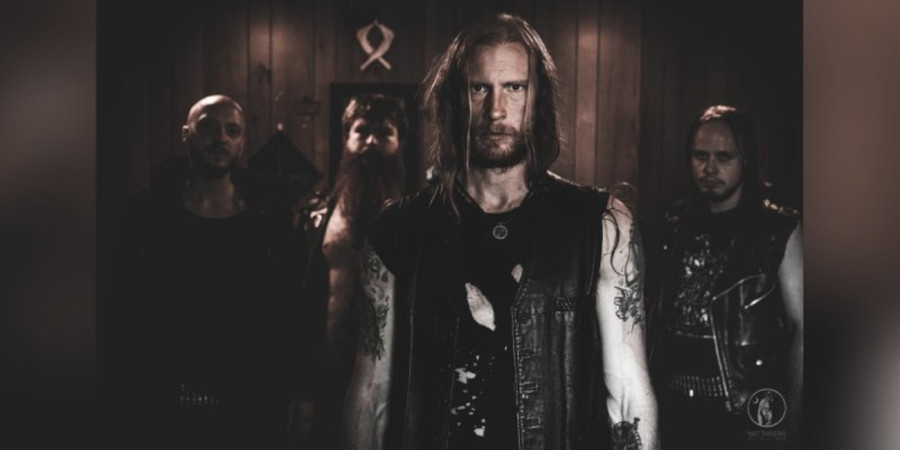 Odium Records announces signing the new, unique Swedish band HILD. It’s the new band of Lars Broddesson, known as ex drummer of MARDUK and session drummer of FUNERAL MIST and BLACK ALTAR. Debut album “ValFreiya” is going to be released on October 7th as a 6 panels digi pack and contains 12 songs of violent Thrash metal with Black and Crust influences. The band is deeply influenced by the Nordic mythology and Mysticism.

Lars Broddesson about HILD and the album “ValFreiya”:
“HILD, meaning battle/strife, is a war and battle themed project centered around the Valkyries of Nordic mythology. Each song named after, and honoring, a specific Valkyrie, channeling their respective traits. HILD came to life in a flash one late summer evening while walking entranced through the landscape. I was instructed by my higher powers to head back to my studio and complete a 2-minutes song in one session. The aim was to do so as Thrash Metal under the banner of HILD, a band name I´d had in the back of my head for some time. The divine spark of inspiration hit immediately, and I had most of the song and entire concept ready in my head before I was back at the studio to record. The song, ValFreiya, Took 5 hours roughly. I got a taste for it and decided to keep it going and not let any song be longer than 2:30 or take more than 6-7 hours to complete. A few weeks later I had 12 songs, an album, finished barely knowing what happened.”
www.facebook.com/HildSweden
www.odiumrex.com
www.facebook.com/odiumrex
www.instagram.com/odiumrecords
www.odiumrecords.bandcamp.com