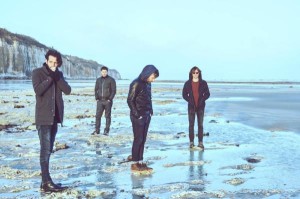 At Rio’s “Earth Summit” on June 14, 1992, Severn Cullis-Suzuki remains in worldwide memories. At 12, she speaks to state leaders to warn about environmental issues. Her speech reduce the United Nations to silence.

Twenty-five years later, the subject is more relevant than ever. It’s around an excerpt from this speech that the indie band GRANDS BOULEVARDS builds this surreal dream, visionary and brutal. It’s a powerful calling to the new generation. A message of hope, of gathering. A hymn, to remind today’s youth it is the future. That it has the power and the duty, more than ever before, to bring about the change that will make the difference.

About band:
GRANDS BOULEVARDS is a French indie / alternative music group founded in 2014. The band explores different sounds to produce a mix of organic and electronic music, flirting with indie-rock, dream-pop and electronica. The first Grands Boulevards EP, Hit the Ground, officially released on November 09, 2015. The band publishes a first video clip of Jovan Todorović’s images as well as a live video filmed in studio and made by the group Itself.

In September 2016, GRANDS BOULEVARDS released a new Children Of Light single. Behind electronic rhythm and robotic voice, Severn Cullis-Suzuki gave a speech at the Earth Summit in Rio de Janeiro in 1992. Severn’s Speech, then aged 12, remains today a reference in the fight for climate change. Today, the band prepares the release of its next EP, entitled Blue Paradise.