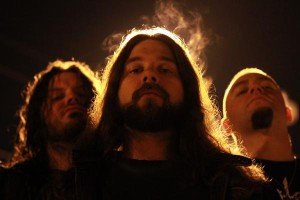 GESTALT is a progressive black metal band from Saint Louis, Missouri formed in the spring of 2014. The name GESTALT is inspired by its psychological definition: a configuration, pattern, or organized field having specific properties that cannot be derived from the summation of its component parts; a unified whole. Their first EP Infinite Regress released in May of 2015 functions as a commentary on social discourse in an attempt to initiate a dialogue between subjugated and disenfranchised castes embedded within the collective hierarchy. Infinite Regress was self-produced at the Vomitorium in Saint Charles, Missouri. GESTALT is currently working on their upcoming full-length album.