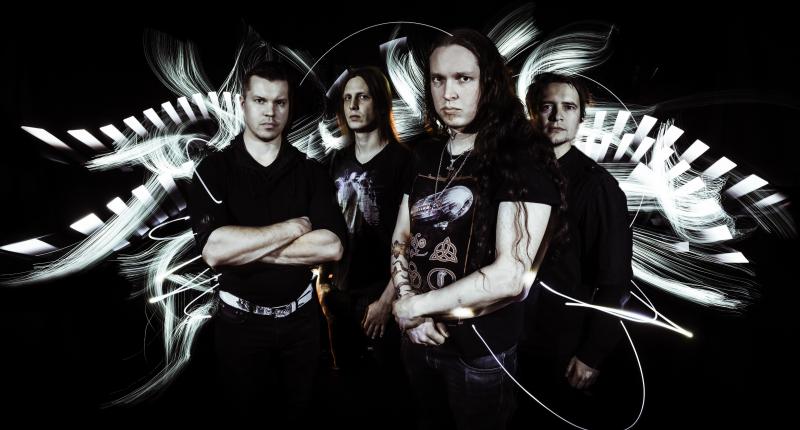 DE LIRIUM’S ORDER was formed in 1998 by guitarist Juha Kupiainen and today, it is one of the most praised groups in technical death metal. Drawing inspiration also from thrash and progressive metal, De Lirium’s Order is known for their creative, experimental guitar riffs, solos and drum patterns. The current line-up consists of musicians from the acts like ABBATH, OMNIUM GATHERUM and Raskasta Joulua. The band’s previous album release Veniversum (2012) gets now a much awaited continuum with Singularity which again opens new musical pathways for the band through the album’s futuristic, ambitious concept.

Juha Kupiainen comments: “After releasing our previous album Veniversum, we have kept low profile until we were contacted by an unknown agent who encouraged us to compose new music that reaches beyond the stars. We aligned our thoughts with the concept of Singularity, both technical and physical, and started our journey to create the conceptual, explorative and the very best album ever to come out from the oven of DE LIRIUM’S ORDER.”

About the production of the album Kupiainen states: “Several compositions date back to 2010. After receiving the inspiration for “Singularity” in 2013, I had to be patient enough to mature the ideas and compose new tracks over the course of five years. I have had the best possible lineup to program, arrange and perform the music to forge this album in its full-length.” – Kari, Erkki, Vesa, Ukri, Mikael and Marko.

Singularity’s cover art was created by the renowned light artist Hannu Huhtamo. For the promotional photographs, Huhtamo also embedded the band amidst his creative light art illustrations. In order to capture the band group photo, the band was asked to stay completely still for 3 minutes while he was painting light around them.