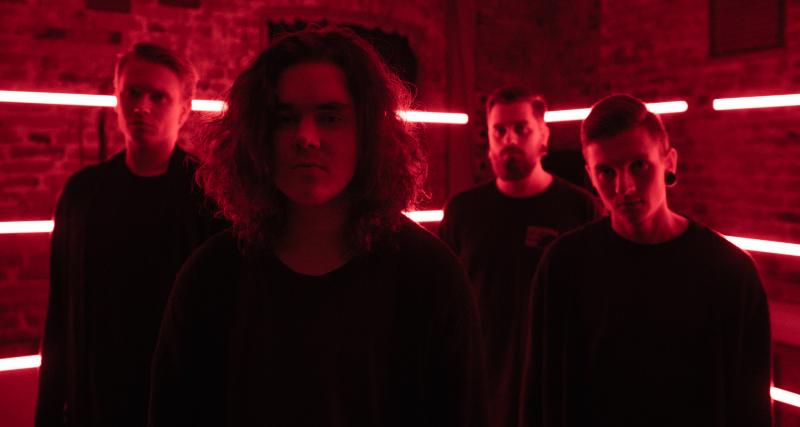 The band describe their music as modern metal with black atmosphere. The band was founded in 2013 by guitarist Niko Lappalainen and drummer Konsta Vihavainen. Later that year singer Aatu Kovanen and bass player Joonas Peltonen joined the band. Kneel Before The Death has released two EPs; The First Chapter (2014) and Life/Death (2016). In addition to these, the band has also one single release, The Bloodline (2015). Finnish new metal community has given a warm welcome for the band’s music.

During couple years of silence KNEEL BEFORE THE DEATH has been absorbing ideas for their new sound and for the new material. You might be able to hear influences taken from symphonic black metal to 80’s synthwave.

The band backgrounds the latest release:
“Miserere Mei was written during the past couple of years of the band’s silence. We wanted to create something new and interesting that we have been lookin for around the metal music in Finnish and worldwide. We had a vision of huge musical athmosphere, which would have the modern sound we were looking for, but which still respects the old school metal music. Lyrics of the song talk about controversial, but very everyday topics, such as addiction, self-hatred, religion and forgiveness. The final touch what the song needed was added in the mixing process by Fredrik Nordström (DIMMU BORGIR, OPETH, AT THE GATES).”

Kneel Before The Death has returned to the stages and is ready to release new material. The band’s new single, “Miserere Mei”, is a foretaste of the coming.