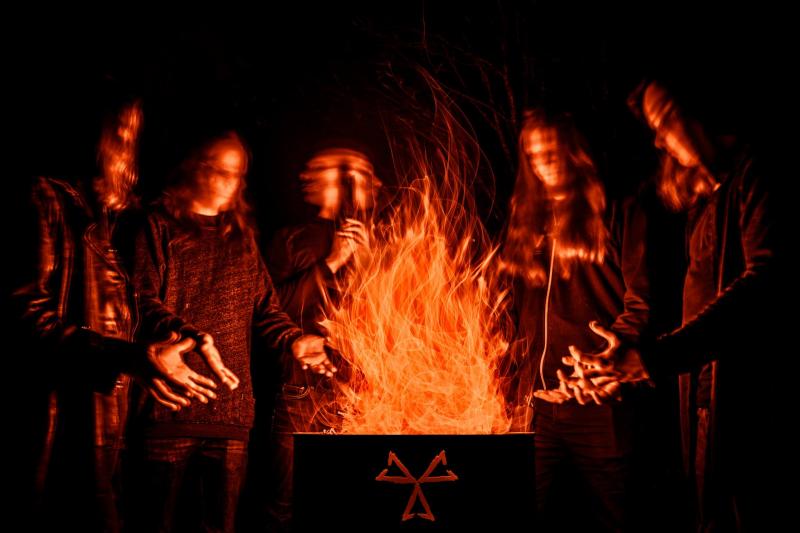 HUKUTUS imploded and came to existence in 2011 and evolved into the nebulous tricksters and organic mutagen injectors of metal music. Seven years of forging now summons forth the debut album, called “Oksitosiini” (“Oxytocin” in Finnish). The album was recorded in three sessions and captured mostly live in studio to maximise a raw and crude sound. It is a cornucopia of natural imperfection and a channeling of chaotic energies.

”Chasing the soma-dragon, only to capture a dose of oxytocin. This is no narrative, it’s a bundle of wayward paths – towards dead-ends, into forsaken shrines, from the sham of gnosis, into empty darkness, to reach a hated tomb. A sworn devotion is a madman’s oath. There is no integrity, the eight fragmented chapters are merely means to an end. Be it religion, nihilism, political ideology, substance abuse, sexual fervour or asceticism. It is not what one finds, but what is exorcised. The Devil is in the details. The fear of fright behind the surface of the mirror. Your true darkness. Your oxytocin.”