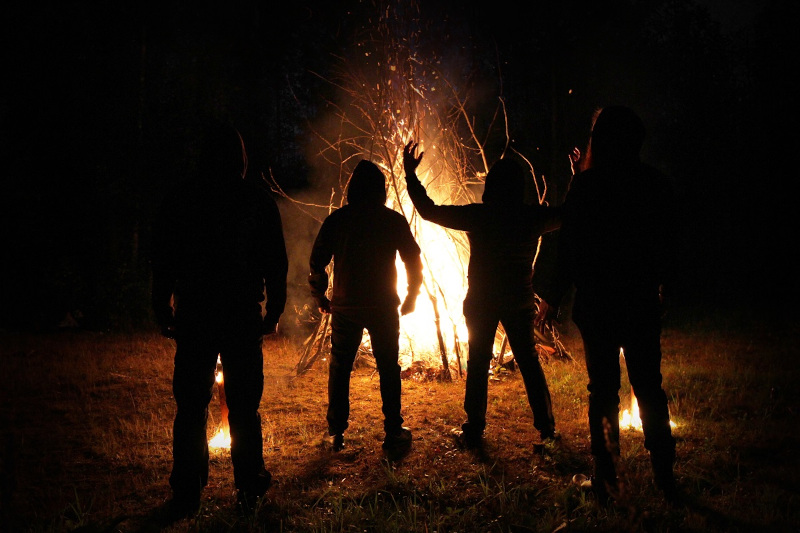 Finnish melodic death/black metal band SE, JOSTA EI PUHUTA is back from the dead! The band is set to release their third studio album “Gehenna” on April 22nd 2022 via Inverse Records.

Vocalist Samu Männikkö comments:
“Gehenna was selected to be the first single for the upcoming third full length album. It represents a rebirth after a long hibernation, an eternal punishment that no atonement can make undone. At the same time, it is a place where chaos defines the order and total darkness represents the purest enlightenment. The boundaries of real and surreal are disappearing until they lost their meaning for good. We will embrace what is yet to come and ask for more. We have forged our own shackles and cast the foundation for our scaffolds long ago. Let´s face the final dawn under a starless sky!”

BIOGRAPHY:
SE, JOSTA EI PUHUTA is a metal band from Iisalmi, Finland. Band was established 2007 by Samu Männikkö.
During the same year group recorded a four-piece self-titled demo that resulted to a record contract with record label Sound of Finland. Album Ne, joista ei puhuta was released in May 2010.
2011 band recorded its second full-length album titled “Musta, kylmä, syvä ja samea” which was released in November 2011 by Spinefarm Records.
During 2010 and 2011 group toured actively throughout finnish venues. Band started the preparations for third album. In production phase recording process was halted at the end of 2012.
Finally, in 2020 Se, josta ei puhuta decided to complete the third album. Group is very satisfied for the album titled “Gehenna”. The album will be released in 2022 by Inverse Records.
https://www.facebook.com/sejostaeipuhuta666