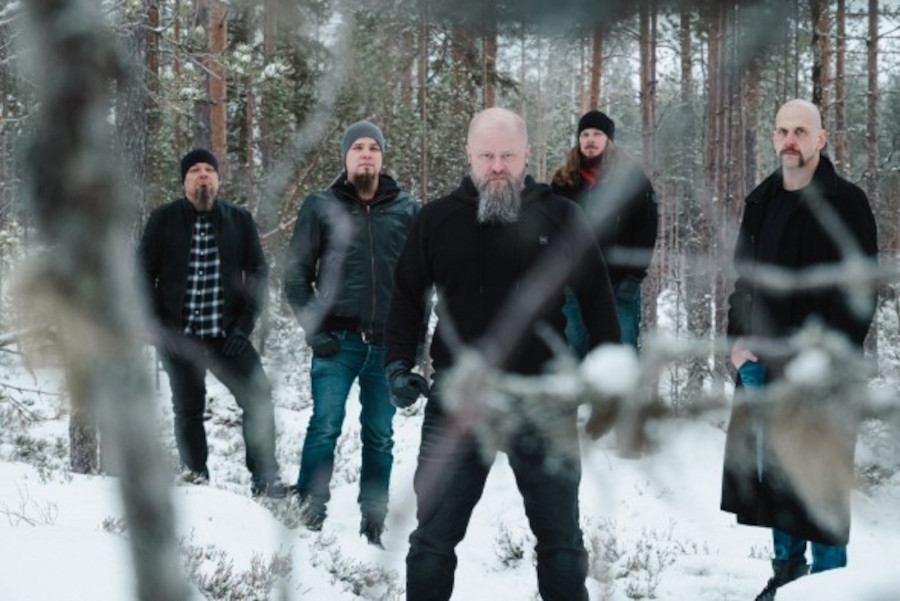 The melodic death quintet Hagalas from Jyväskylä Finland, are publishing their second EP in April 4th 2022. Thematically the EP follows the already published single Destination: Genocide, being very topical regarding the current world situation. War, refugeedom and the struggle of humanity are mirror images of the songs to be published. The release contains four songs, including the month ago published Destination: Genocide, which recieved great overall ratings and media feedback.

The band comments:
“As A Unit, the title track, paints a picture of war and brotherhood. Focusing on how a single combatant cannot make a difference. How you fight and die as a unit. The song also makes note of the scars you receive in war. And they are for life. An official lyrics video has also been released for the title track.

The EP also contains the songs Rampant and Animal Farm, from which the former sends a message to the oppressor not to get used to unconditional power. Revolution and reprisal for freedom are inevitable. Animal Farms message is that you are living your life as a faceless slave, your worth measured in taxes paid per critical questions asked. Embracing the invisible shackles. Thanking your tyrant with a wide smile and tightening the blindfold as you step over the edge. Desination: Genocide describes the consequences of people sitting on their hands, while society spirals to dystopic totalitarianism. Picturing life is good, while standing on an invisible conveyor belt, eyes shut, trusting autocrats to decide what is best for all.”