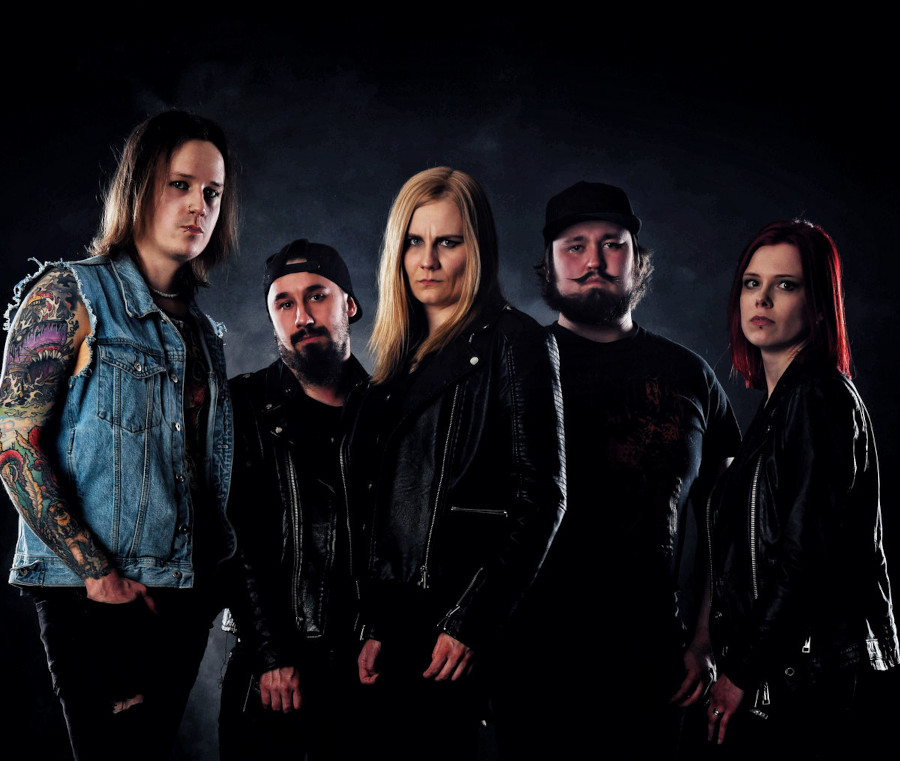 ADMIRE THE GRIM is a melodic death metal band from Lappeenranta, Finland. The group was formed by five friends in early 2021. In May 2022 the band released its first single ‘Storm the Barricade’ and in September 2022 music video and single for ‘Rogue Five’ saw the daylight. In November 2022 the second single ‘The Flood’ from ‘Rogue Five’ -EP will be released and the EP itself is published on January 13th 2022 via Inverse Records.

The band comments on the beginnings of the group:

“In the turn of 2020-2021 childhood friends Jani (guitar) and Kalle (bass) started to write songs and plan putting a band together. They asked friends to join and soon Sirja (guitar) and Tommi (drums) jumped in. Lastly Katri (vocals) found her way to the group and the band was complete.

After some get togethers and song writing sessions started relentless rehearsing (not forgetting the parties at Kalle’s house ofc). We all had very different backgrounds in both music and life, which eventually somehow proved to be a fully functional chaos. The soundscape of our music bases heavily on 90’s and 00’s melodic death metal, but each of us have thrown in our individual musical backgrounds in search of the band’s sound. We feel like we’ve developed so much in just over a year and still (and forever) progressing.”

Jani comments on Rogue Five Single:
“My goal was to write a song that has a catchy chorus and lead parts. There’s good energy and spirit for a sweet party. I wrote the intro riff first and that set the song up for a fast paced guitar riffage. And to be honest, this is definitely a song for guitar maniacs”.