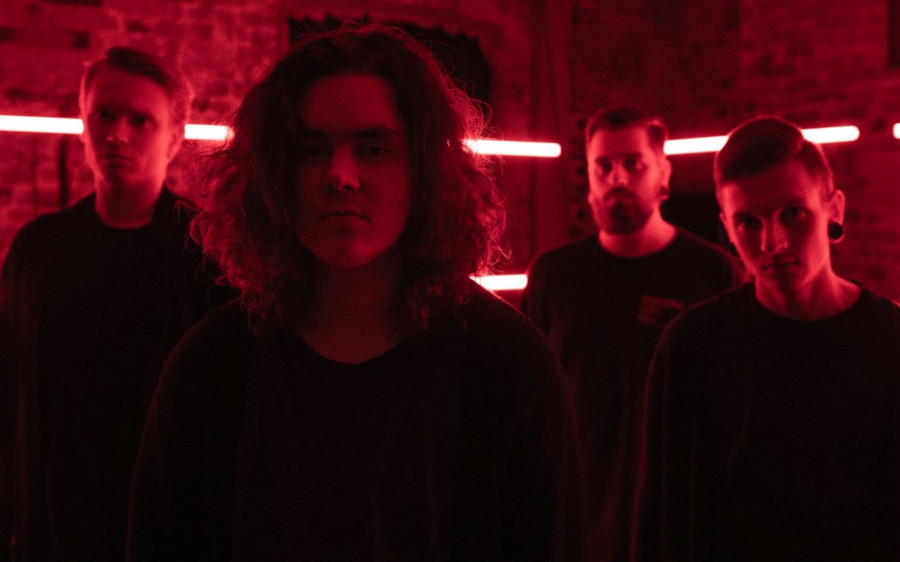 Band comments on the new release:”EP was created during last couple of years. As a band we explored some new methods to write music and searched for an inspiration from new kind of sources. We want to make our sound bigger and more distinctive but so that we sound like a band. So the orchestrations have became as an essential part of our sound. Combining elements from electronic music to orchestrations we aim to create a kind of theatrical atmosphere. This EP shows the direction that we are going towards musically also in the future.”

KBTD has recorded and produced the EP by themselves and it is mixed and mastered by Jonathan Thorpenberg (The Unguided). Cover artwork and visuals are created by Konsta Vihavainen.

Guitar player Niko Lappalainen backgrounds:”In my opinion Memoir EP continues from the point that the previous release ‘Miserere Mei’ ended. The new EP has three tracks that are each different but all of them include the core elements of Kneel Before The Death’s sound: massive orchestrations, strong melodies and heavy riffs.”

KNEEL BEFORE THE DEATH is a Finnish extreme metal band based in southern Finland. The band was formed in early 2013 by drummer Konsta Vihavainen and guitarist Niko Lappalainen, with bassist Joonas Peltonen and singer Aatu Kovanen joining the band later the same year. The band’s musical style was originally based off death metal, progressive metal and deathcore, but has later been influenced more by black metal, symphonic metal and electronic music, such as synthwave, creating band’s unique sound.

KNEEL BEFORE THE DEATH released their first single, ‘In Death We Trust’, in December 2013, following their first EP ‘The First Chapter’ in August 2014. Band kept evolving their sound to more darker direction and in 2015 released two singles, ‘The Bloodline’ and ‘Deathbringer’. Their second EP, ‘Life/Death’, was released in September 2016. KBTD’s latest single, ‘Miserere Mei’, mixed and mastered by Swedish death metal legend Fredrik Nordstroem, was released in November 2018.