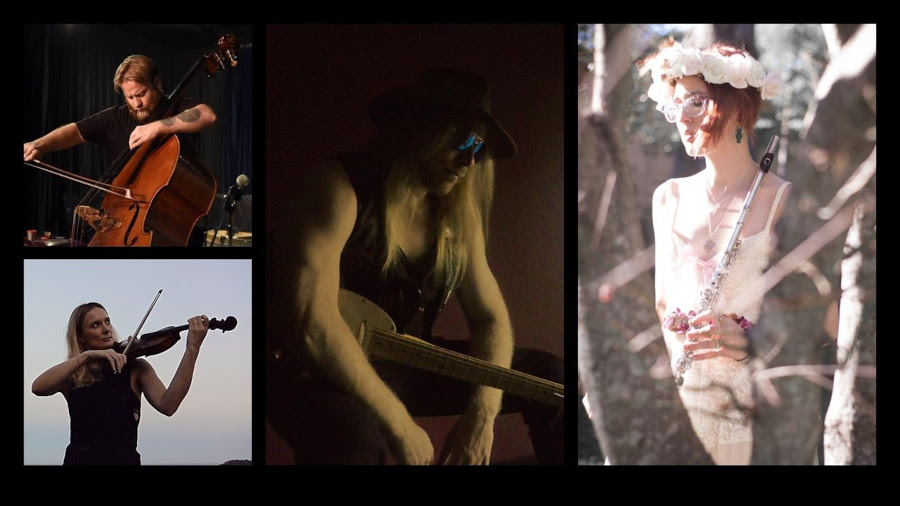 “JS is not only a man of infinite wisdom and creativity – but a man of his word. Following the split (with Begrabnis, Weird Truth, 2016) he said he had an album brewing inside, with some great ideas. Following the excellent work on display in ESTRANGEMENT’s demo (2014) and split, it was certainly something that grabbed my interest.

We agreed to work on this together, spat on our palms and shook hands – an oath not to be broken. Years later that agreement comes to fruition.

‘Disfigurementality’ has been a highly anticipated release within the extreme doom scene – with many fans of the genre recognising the potential of this unique band.

The album brings together and melds various styles, with authentic traces of classical music, black metal, jazz fusion and even flamenco – however, at its core, ‘Disfigurementality’ remains a piece of extreme doom excellence.

ESTRANGEMENT have managed to solidify and expand upon the creativity of previous works, both through composition but also musically through the use of of flute, violin and double bass through the album. The string arrangements range from the soaring and sublime, to the excruciatingly harsh.

Another notable feature of the album is the wide range of vocals – from the extreme doom growls that JS has as a trademark – yet notably the use of howling violent screams, to throat singing, to liturgical chant, all forging different emotions throughout the album.

‘Disfigurementality’ has the melancholic beauty of My Dying Bride, it has the obscure darkness of Unholy – but it has much more to explore. It is an album of beauty, beguilement and darkness. It will lead you on a journey filled with abrupt changes, seductive tangents and crushing heaviness. It demands the attention that should be given to any great album – go with its unique flow and be richly rewarded.

Not only have ESTRANGEMENT created a fantastic full length debut album – they have created an album that will establish them as leaders in the extreme doom genre, and beyond”.