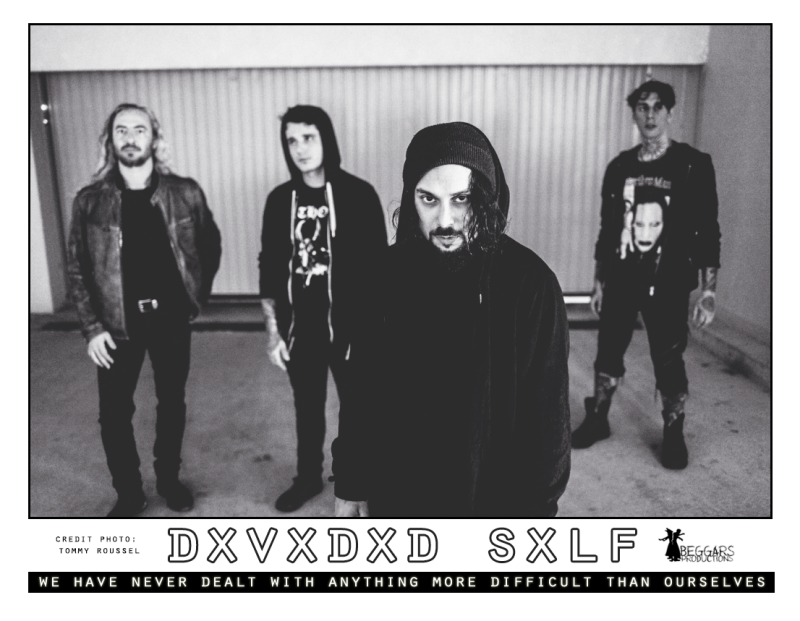 In musical terms, DXVXDXD SXLF is an Alternative Goth Metal band. Their songs are eclectic, a kind of meeting between PARADISE LOST, MASTODON, PAIN and MEGADETH to quote only those great bands. Their influences are that wide and they don’t bother to create at the edge of various genres. From DEFTONES to DIMMU BORGIR, from THE CURE to IAMX.
(Yes, that wide …)