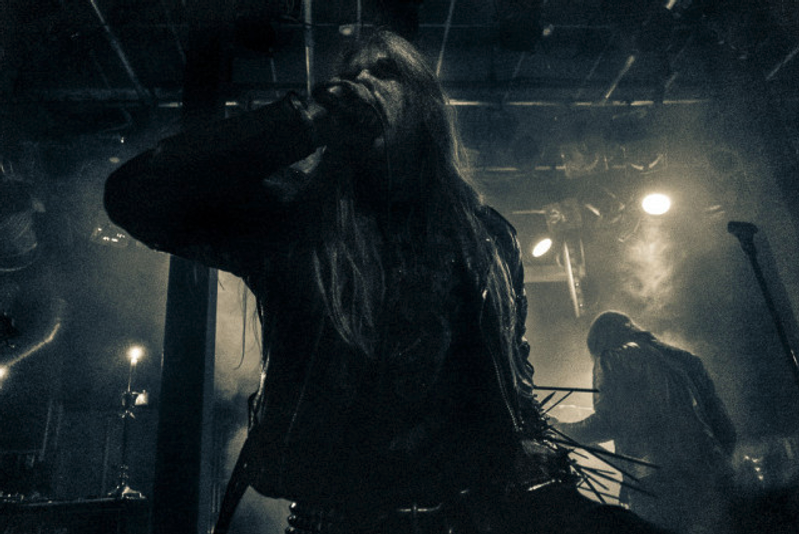 “Ormer Til Armer, Maane Til Hode” is the sixth full-length album from DJEVEL, the uncompromising Norwegian band that performs black metal as if it was crafted in the 90s. With a structure and style far from modern black metal, this is how it sounded back in the day: raw and unpolished but still keeping all the melodic sounds and moments you need to feel all the atmosphere a great black metal album needs.

The band, consisting of songwriter Ciekals, Mannevond (Koldbrann) and Faust (ex-EMPEROR, BLOOD TSUNAMI) has once again proved their stellar quality, making of “Ormer Til Armer, Maane Til Hode” one of this year’s highlights within the genre.

Ciekals explains: «The album title reflects the inner darkness, the human side which unavoidably remains evil, and in a greater perspective meaning the darkness as in a total eclipse. “Ormer Til Armer, Maane Til Hode” is a description of this, and something which can be transferred to a physical being, but maybe as a mental condition. This new release is a reaction to our previous albums, and especially the latest “Vettehymner” EP, being stripped of all acoustic guitars while chasing a more aggressive side when compared to its preceeding albums.»
The album artwork is another product from acclaimed Norwegian artist Danny Larsen.