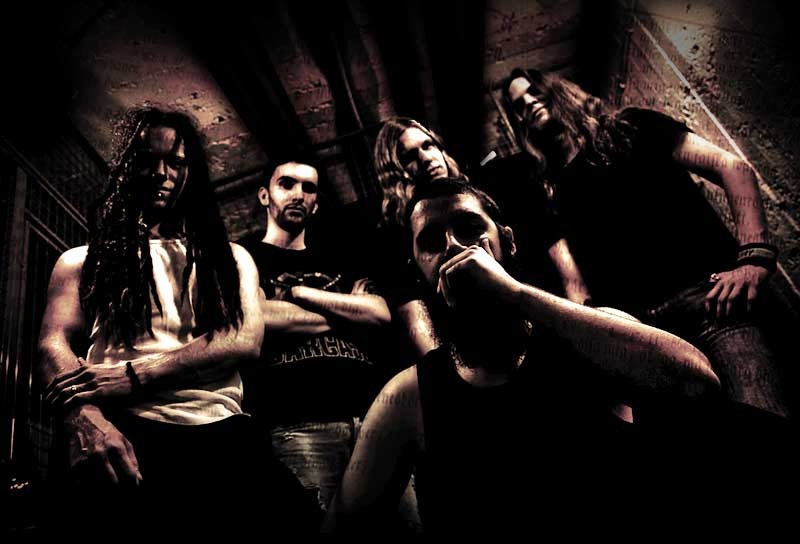 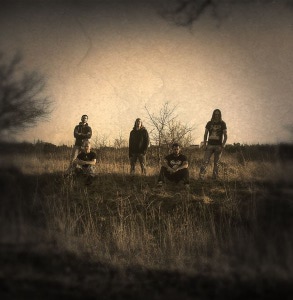 Greetings and thank you for this opportunity to interview you. So tell us what’s been going on with DESCEND these days? Do you prefere summer open-airs fests (for example).
Greetings! Right now during the summer we are mainly writing and rehearsing some new material. Although we really enjoy playing festivals, this summer we could not book any gigs since our drummer Jonathan broke his arm earlier this year and has just recovered from the injury. We are hoping to book some gigs later this year.

What have been the highlights points throughout your career?
I think the biggest highlight has been the release of our latest album „Wither“ early this year. When it comes to live gigs, playing the Metaltown festival in Gothenburg and the Spread the Metal festival in Canada in 2012 definitely stand out as highlights.

It has been some time since your latest album „Wither“ came out. Are you satisfied with the critical reception? That is, if you are interested in reviews… What are your own personal thoughts about the album? How would you describe this album to someone that has never listened to the band before?
Overall, we are happy with the reception. We got some really good reviews and, even more important, great response from fans. We were happy with the album and would like to play more gigs with songs from the album since we never really got to support it live when it was released. If I had to describe „Wither“ to someone that has never listened to us before, I would describe it as a solid extreme metal album with a lot of twists and turns. Melodies and acoustic passages are also an important part of the album. The best thing is to listen to it yourself, of course!

What was your biggest source of inspiration when writing DESCEND? I feel neverending energy and power in your music. What makes you to be like this? 🙂
Thank you for the kind words. I guess we are all inspired by different things, both musically and otherwise. We try to combine the influences and ideas of the members of the band into a coherent whole and at the same time try to do something original. We don’t usually set out with specific goals of sounding a certain way, except for references when setting the sound for and mixing the album. During the mixing process I remember us mentioning GOJIRA a few times, which definitely have an energetic, powerful feel to their sound. Maybe that’s where it comes from? 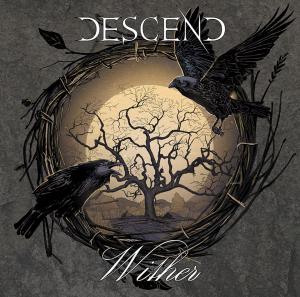 Do you have any personal favorite tracks on the CD?
For me personally, I really like how the songs „Confined by Evil“, „The Rancorous Paradigm“ and „Sundown turned out“. The title track was also fun to record.

In what you search just maximum power of today´s DESCEND? And at what moments from „Wither“ are you really proud?
I am proud of all the songs that we wrote and recorded, and I like to think that the album holds together well. Apart from that, I am proud of us pulling through with the process of getting the album done, since there were some hardships involved which also led to the album being delayed.

Both albums have interesting album artwork. Who is responsible for it and can you shortly describe meaning of both artworks?
For our first album („Through the Eyes of the Burdened“), Travis Smith did the artwork. The cover artwork reflects the title of the album. For Wither, the Swedish artist Emil Maxén did the artwork. Emil is a friend of our singer Nima. Our bassplayer Justin came up with the original concept of the birds on the wreathe and sketched it out for Emil to fully realize in color. Justin came up with the idea while browsing through his record collection in search of inspiration and showed the initial black and white sketches to the rest of us. We liked it and decided to go for that idea. It was really cool working with both Travis and Emil for artwork, they are both really talented artists and I think their work really fits the albums.

What has the transition been like going from Supernova Records to Inverse Records? Are you satisfied with work finnish label?
We are really satisfied working with Inverse since their model of releasing music really fits us. We keep all the rights to the music, they do promotion and distribution and take a share when they sell records through their store. So it is really a fair deal. Supernova got the album out for us but with that contract, they got most of the money for sold records and they also kept the rights to the music. They also didn’t do that much promotion after the album was released. So I would say we are a lot better off now with Inverse. 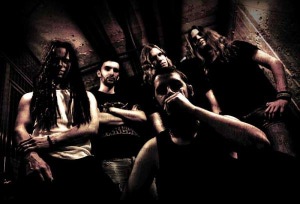 What can you say about death metal music in your country? I think there is a growing scene with talented newcomer bands. What is your opinion on the metal scene these years?
There are a lot of metal bands coming from Sweden these days. In Stockholm, it’s almost like there are too many metal bands, which sometimes makes it hard to get people to shows since there are small underground shows almost every day of the week. The supply is higher than the demand right now, I would say. Of course, with social media you have the possibility to interact with fans all over the world, so the metal scene has become more global nowadays. You are no longer as dependent on the local metal scene.

What music do you listen to in your free time? Do you spend lot of time listening? Are you eager fan of metal merchandise?
We listen to a lot of music and introduce each other to new bands. For me personally, I try to listen to different stuff and switch between extreme metal, jazz, folk music and acoustic guitar records. I try to find new bands sometimes but often return to my favorites. Today I listened to the Beatles in the car and once again realized what a great band they were. Of course, metal will always be special for all of us. As for metal merchandise, I haven’t bought anything new in a while. Maybe it is time to refresh my collection of washed-out metal t-shirts, haha.

Could you tell me something about your upcoming album? What would you say about it to entice us?
All we have at this stage are riffs and parts which we eventually will develop into full songs. Some of these riffs will definitely get some heads banging, that’s for sure!

Are you footbal fan? What do you think about Brazilian crush?
Yes, at least some of us are. I am glad that Germany won, I lived in Munich for a few months recently and know how big football is over there. I actually held Germany for favorites from the start, even though their total massacre of Brazil came a surprise!

Thanks for your answers; I wish DESCEND prosperity for many years ahead and not only in musical life!
Thank you! We hope to come to the Czech Republic to play in the future. Would be awesome.

DESCEND
DESCEND is a progressive death metal band from Stockholm, Sweden. The band was formed in 2003 and the current line-up dates back to 2008. After three self released demos, the debut album “Through the Eyes of the Burdened” was released through Supernova Records in May 2011. The album was well received and supported through numerous live performances including festivals in Germany, Canada as well as the renowned Metaltown festival in Gothenburg in the summer of 2012. The band has been self managed from the start, and dedicated work has attracted fans from many different countries.