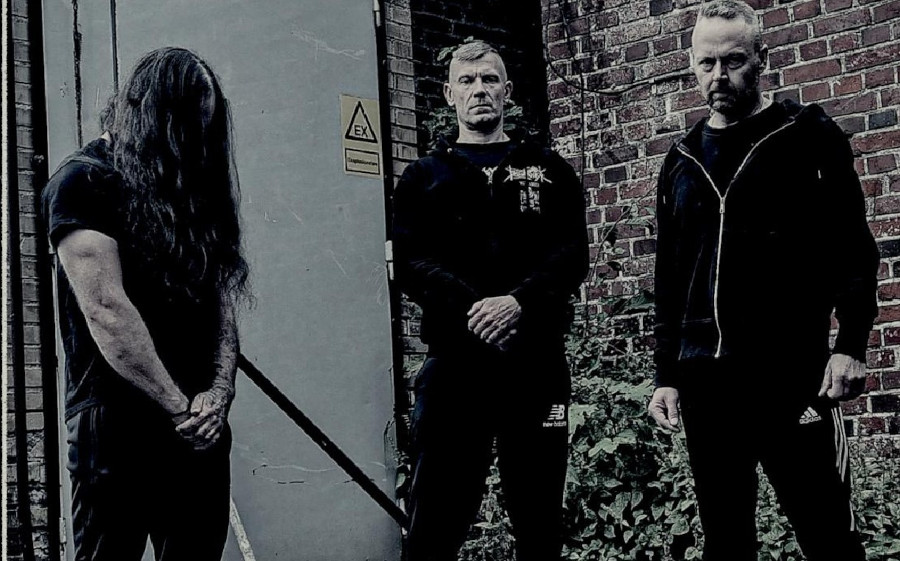 Guitarist/vocalist Thomas FJ comments on this blistering offering of death metal, “‘Humanoid’ is the opening track on Apotheosis. All tracks on this LP are very different in composition, so it is not because it is the best representation of the whole LP we chose this song, but because it has all the elements musically that define Deiquisitor. The lyrical themes and the atmosphere on our previous EP release entitled “Humanoid” and this new one are in many ways similar, so it made sense for us to open this new one with this track that connects these two releases.”

From beyond the confines of measurable knowledge comes Apotheosis; fast, brutal, and unearthly 90s-inspired death metal from Denmark’s DEIQUISITOR.

DEIQUISITOR was formed in 2013 by Henrik B.C and Thomas F.J, both of whom spent time in several Order of the Nonagram bands such as BLODFEST and WOLFSLAIR. The duo has returned to its roots in old-school death metal. Those familiar with Henrik and Thomas’ work in the Danish underground scene will recognize elements of the part appearing in their new material. DEIQUISITOR is fast-paced, aggressive, and atmospheric death metal influenced heavily by the sound and style of bands who ruled the genre in the early 90s.