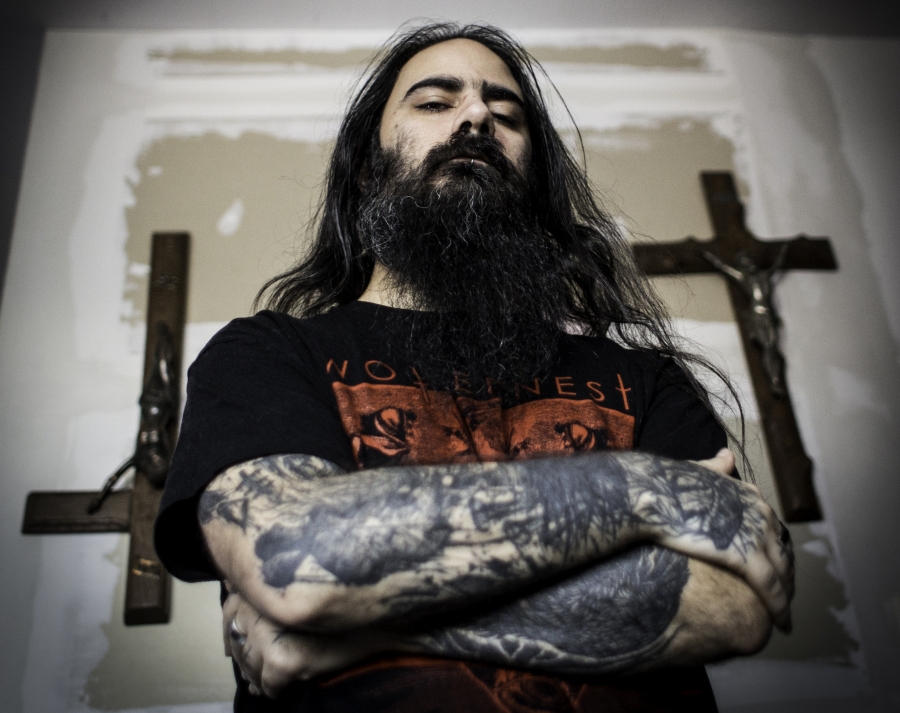 Déhà is a multi-instrumentalist who has been working for over fifteen years in the extreme metal scene as an artist, and a few years as a rising producer. Known for having a lot of solo projects (Imber Luminis, Aurora Borealis, Yhdarl, …), or accompanied bands (Wolvennest, Maladie, Cult of Erinyes, Slow, Acathexis,…) as well as an immense musical output, he is not to be put in the same box of these people whose work can get repetitive. Very close to emotional and ‘real’ music, he does not limit himself to metal styles (Hiphop, soundtrack, noise, pop, electro, …) and is becoming more and more renowned for the quality of his albums, either released via labels or either self-produced.

Since 2018, he has created his own “medley” project, “Déhà”, in which he doesn’t have any limitation of musical styles, further in experiments and concepts. From solo piano (Halo, Come Oh Rain Comforting Mother, Everywhere, It Ends) to his magnum opus of ultra emotional Post Doom (Cruel Words) through post black metal (Contrasts II), Déhà likes going further, as per example in a concept of hyper-sensitivity, depression and modernism with the series “A Fleur de Peau” of which 4 albums have already been released. That being said, he can also create electronic trends (Music For Road Trips) and its opposite with ultra extreme, dirty and raw albums like “Par le Sang et la Fin”.

In his “Opus Magnum Studio” in Belgium, he produces and has produced major extreme releases such as ‘Jehanne’ by Abduction, ‘De Fördolda Klangorna’ by Bekëth Nexëhmü, ‘Each Failing Step’ by Collapse of Light, ‘Atra Musica’ for the Griffon part, ‘Temple’ and all Wolvennest’s discography.

We don’t know what to expect with Déhà, it’s massive, certainly too overwhelming. And that is all for the best.