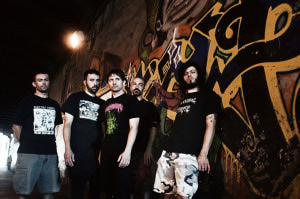 Members of DEGENERHATE are in the music scene since 1989,DEGENERHATE was started by me,Gianluca Lucarini, in 2002, in Rome. After some years away from extreme music scene, i felt the need to return to the sound i loved. I called two old friends, Max Varani for the vocals (ENTHRALMENT, CORPSEGOD, CorpseFuckingArt) and Fabio Fraschini for the bass guitar (Desecration, D-Form, Enthralment, Novembre). After that, we recruited the drummer,Cristiano Rotatori. The first lineup of the band was formed. With this lineup, we recorded in 2005, the minicd “The End Has Just Begun”, released by mexican label EBM RECORDS.

Over the years we have changed several drummers, until Francesco Struglia(ex FLESHGOD APOCALYPSE), joined the band. In 2010, we also added a second guitarist , Angelo Vernati , very good friend and an excellent musician , who brought a sound even more ‘ compact and massive to the band. With this line up we recorded our first full length album ” Chronicles Of The Apocalypse”. We inked an international deal, with SLIPTRICK RECORDS, for the release of the album at the end of June. 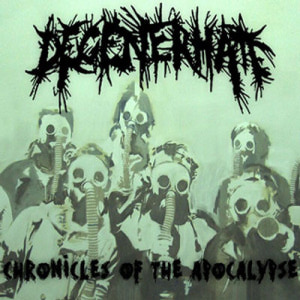