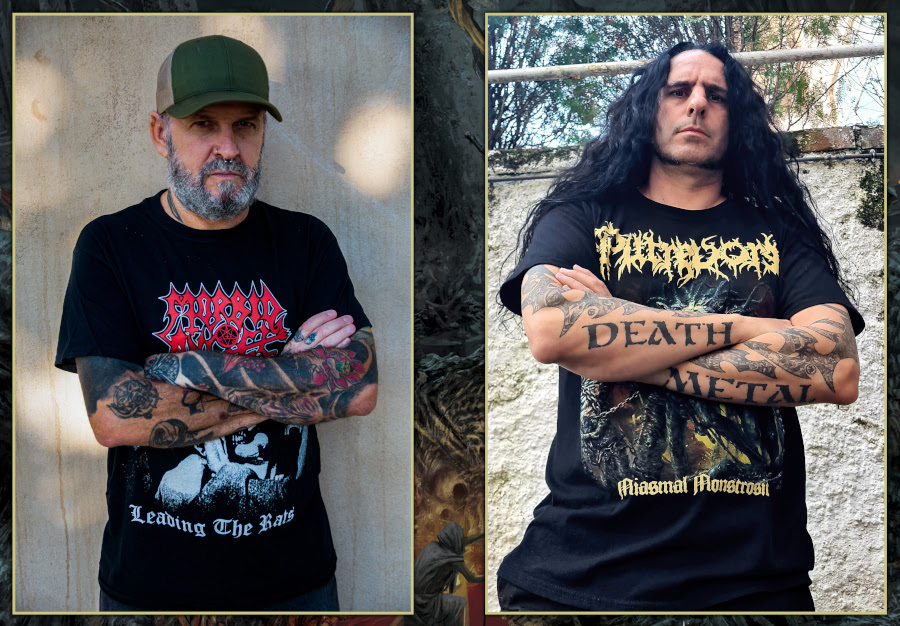 DECRAPTED is a sideband formed by Vicente Payá (UNBOUNDED TERROR, GOLGOTHA, BIS·NTE) on guitar & bass and Dave Rotten (AVULSED, HOLYCIDE, CHRIST DENIED) on vocals which was born during spring 2021. Both are old friends since the very beginnings of their main bands in 1991 and already worked together in projects like YSKELGROTH, UNWOM and the 3rd GOLGOTHA album, but they both felt the need to work on a proper Death Metal band, so DECRAPTED was born!! Not with the intention of reinventing the wheel, but to offer some old-school stuff with both intensity, brutality and a dose of melody and killer grooves!!

The debut album of DECRAPTED is entitled “Bloody Rivers of Death” and was recorded during summer 2021 with the help of Camilo Pirata on guest guitar solos and Miquel Angel Riutort “Mega” on drums, who also took care of recording, mixing and mastering the album at his own Psychosomatic Recording studios, achieving a truly great production!!

Lyrics on the album were written by Rogga Johansson (PAGANIZER, PUTREVORE, MASSACRE) and the cover artwork was made by Ukrainian artist Daemorph Art.