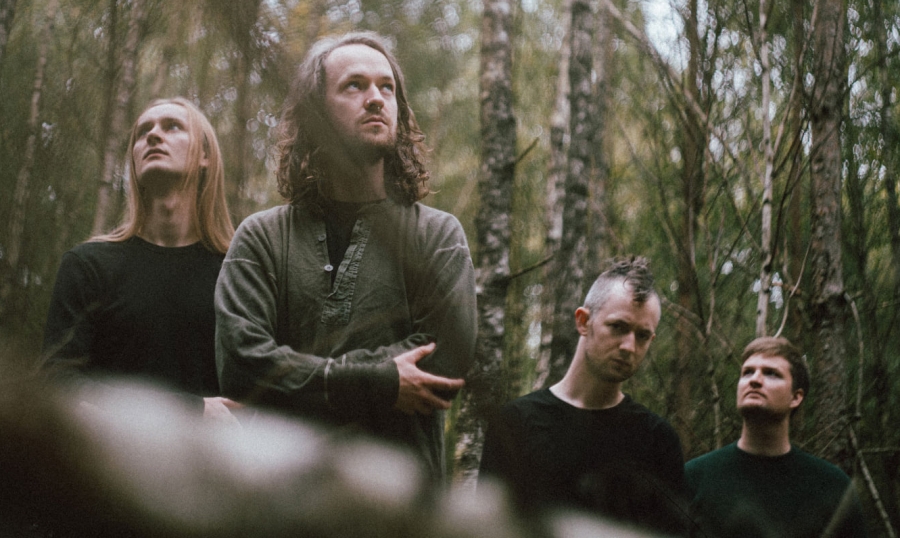 On ‘To Exit A Maelstrom’, FEATHER MOUNTAIN confronts the loss of a dear one to the slowly dissolving disease Alzheimers and simultaneously searching for peace of mind and gaining new perspectives on life. ‘Sincere’ discusses aspects of this theme while musically, the song is a striking example of the band’s characteristic progressive metal, which in a nuanced manner contains both the complex and the direct, the heavy and the light, always with a distinctive melodic sense.

“On ‘Sincere’, we as a band have managed to combine all the elements we want to have in our music. Thematically we explore the fear of the unknown and the discomfort that can exist in the unsaid with oneself and ones closest. I’m proud on behalf of the band, and I am excited to see how our fans and new listeners will receive it.”

Furthermore, the band says about the video:

“The video is created in collaboration with the film crew that made the music video for “In Passing” from our debut album. In “Sincere” the world is a beautiful, mysterious and at times daunting place, where characters interact and communicate with each other in various ways. We don’t know who they are, or where they come from, however we understand that they share conflicts as well as a bond between them, and we can see ourselves in their search for serenity and connectedness in spite of the fighting.”

FEATHER MOUNTAIN was formed in 2017 and from its inception, the band has consistently labored towards creating music that utilizes the contrasts from the heaviness of metal and the dreaminess of alternative rock. As the band moniker FEATHER MOUNTAIN illustrates, exactly the contrasts and nuances is pivotal to the band, which seeks towards creating sound and images that encompasses the duality and complexity of existence within its whole musical totality.

FEATHER MOUNTAIN debuted in 2019 with the album ‘Nidus’ with which they conveyed their own personal, faceted version of newer progressive metal, while they lyrically developed existential themes revolving around sickness and body in a symbolic, metaphorical language. Along with the debut album followed concerts, before the pandemic in 2020 complicated touring, but the band managed to play a string of shows, among those Progspace’s online event and Copenhagen Metal Fest 2021.

Since the release of ‘Nidus’, FEATHER MOUNTAIN has been working on new music and alongside producer Johan Emanuel Jørgensen, the band has now completed its second album ‘To Exit a Maelstrom’. The album is set for a September 2nd 2022 release, where the band will perform live at Ideal Bar in Copenhagen, Denmark. Before that, one can catch them at Headquarters in Aarhus, Denmark, and more shows will be announced in near future.