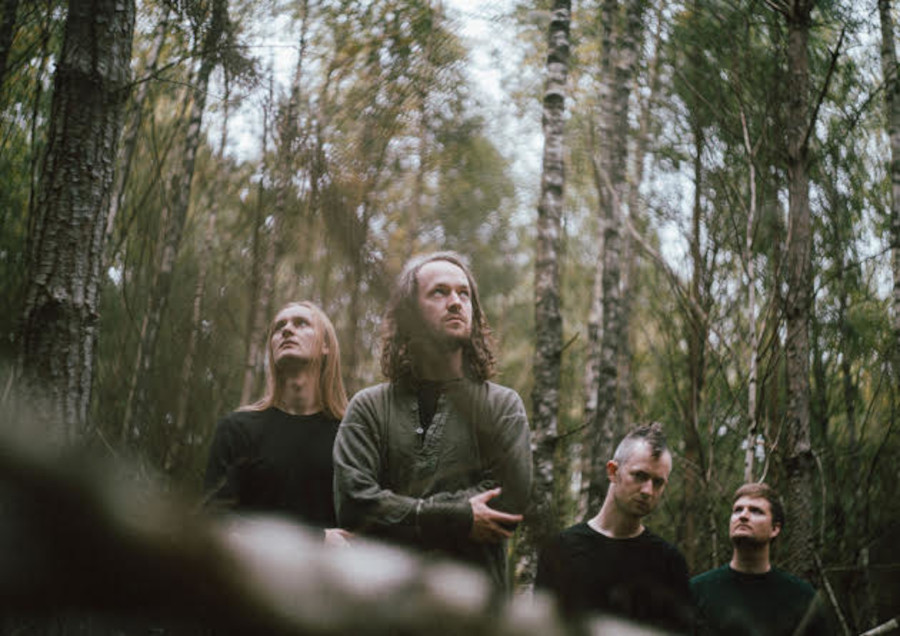 After a string of singles and music videos, the Danish progressive metal quartet FEATHER MOUNTAIN releases its second album ‘To Exit A Maelstrom’ today. On the album, the band confronts the loss of a dear one to the slowly dissolving disease Alzheimers and simultaneously searching for peace of mind and gaining new perspectives on life. The album is an ambitious further development of the band’s characteristic progressive metal, which in a nuanced manner contains both the complex and the direct, the heavy and the light, always with a distinctive melodic sense.

In connection with the album release, FEATHER MOUNTAIN states:

“‘To Exit a Maelstrom’ is the result of two years of hard work and soul searching. The album is a manifestation of a difficult and exhausting period of our lives where we more than ever needed each other as well as the music. We are grateful for the interest people have shown towards our album and we hope that our story of loss can resonate among others and give a feeling of comfort, understanding and hope for a better future.”

FEATHER MOUNTAIN was formed in 2017 and from its inception, the band has consistently labored towards creating music that utilizes the contrasts from the heaviness of metal and the dreaminess of alternative rock. As the band moniker FEATHER MOUNTAIN illustrates, exactly the contrasts and nuances is pivotal to the band, which seeks towards creating sound and images that encompasses the duality and complexity of existence within its whole musical totality.

FEATHER MOUNTAIN debuted in 2019 with the album ‘Nidus’ with which they conveyed their own personal, faceted version of newer progressive metal, while they lyrically developed existential themes revolving around sickness and body in a symbolic, metaphorical language. Along with the debut album followed concerts, before the pandemic in 2020 complicated touring, but the band managed to play a string of shows, among those Progspace’s online event and Copenhagen Metal Fest 2021.

Since the release of ‘Nidus’, FEATHER MOUNTAIN has been working on new music and alongside producer Johan Emanuel Jørgensen, the band has now completed its second album ‘To Exit a Maelstrom’ set for a September 2nd 2022 release.