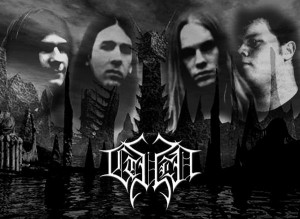 CTULU was formed in 2004 by Mathias Junge and ex-member Stefan Schulz. The band has gone through various line-up changes over the years and it is ex-members Jan Westermann (Diablery, Released Anger) on drums and Rolf Quast-Janßen (Lunar Eclipse) on vocal duties along with current guitarists/vocalists Arne Uekert and Mathias Junge whose work is found on Sarkomand. Despite its line-up changes, CTULU has never given up and has put their original Seastorming Extreme Metal on the map of heavy metal.

With their experience of live performances  including a tour with Taake, Ragnarök Festival (DE), INFERNAL DAMNATION UK) and various shows outside their homeland  the band is stronger than ever. With the addition of Roman Szymura (AEBA) on drums and Lasse Bodenstein on bass, the Germans now have a powerful member line-up and are ready to conquer the world.

CTULU extreme metal will now be available for record collectors for the first time ever. Having sold out their 2011 full-length release, Sarkomand,and just in time for their tenth anniversary celebrations, Northern German metal act CTULU are pressing their Lovecraft-inspired themes and melodies on black 12 vinyl. It is scheduled to be released via Black Blood Records and Human To Dust on 5th December 2014. The sold out CD was received very warmly by the bands fans and now that it is back on sale it is a must have for every extreme metal connoisseur. 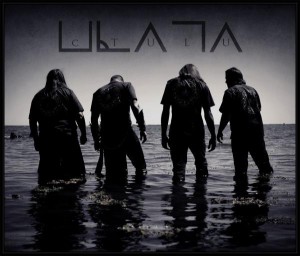 While heavily indebted to the Scandinavian school of extreme metal, there is more to CTULU and SARKOMAND. From the opening blast-beat fiasco of Arckanum der Tiefen and title-track Sarkomand, through the night-time story of Nachtwind, the chaotic Blindes Chaos and the powerfully atmospheric Mondsucht, CTULU demonstrate how a band can bring variety to the table and yet not stray away too far from their roots. With the musics themes, German lyrics and imagery deeply based on the stories of H.P. Lovecraft, CTULU create not only Seastorming Extreme Metal but black metal poetry.