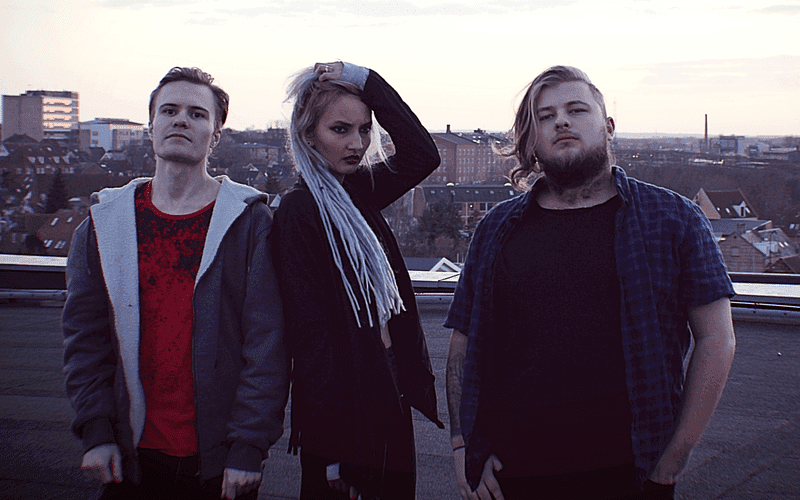 Danish melodic, alternative metal group CRYOSPHERE have a new EP arriving entitled Constellations. The songs on the EP have been made by throughout several changes in line-up (or constellations) and that is why the title is so.

Following a turbulent personal time, CRYOSPHERE has managed to channel all of their feelings into raw new material, for which they took time off during the winter and early spring to complete. The finished product raises the stakes in the bands evolution invoking the bands traditional symphonic metal and hardcore but placed in their own musical playground with room for sheer emotion.

The EP was mixed and mastered by Diego Cavallotti, guitarist of Lacuna Coil at DD Studio Records.Track by track: The first song on the EP, Into Decay, is about the struggles of being in a relationship and how persistence (amongst other things) is able to keep the relationship going and growing stronger. I Am Become Death is about dealing with your own mental health and how to picture the struggle within. Sirene wrote the lyrics at a low point of her own life when she had hard times dealing with her mental health. The third song, Nevermore, is about the relationship between children and their parents. The song draws from Sirene’s personal experiences in her family life.

Ashes To Ashes is a tribute to David Bowie and deals with the topics of death and what comes after we leave the earth. The outro on the EP is Constellations and marks the end of an era, and the beginning of a new path. The listener should feel like a battle has ended, but curious about what is yet to come. Constellations | Released June 23rd, 2020 on Sliptrick Records.