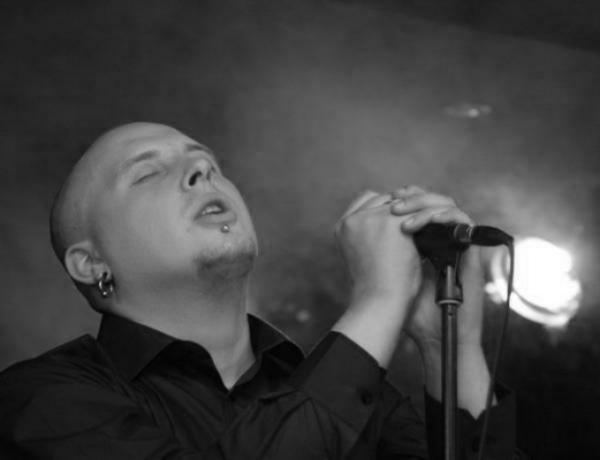 Hello! Welcome! COMATOSE VIGIL are back! It’s great message! Can you tell me something about new line-up? Can you introduce of new members of your band?
Hi! Thank you! Well, there are four members forming our current lineup: Alexander “VIG’ILL” Orlov – guitars, Maria “Bresso” Karpukhina – bass, Maria Dukova – keyboards and me, Andrey “iEzor” Karpukhin as a drummer and lead singer. Also we have got two guest musicians for live performances.

What is your opinion on the reunion of the band? You plan to release some new material. Tell us about this record and the new motivation behind its release?
We have been missing Comatose Vigil for all the time since we broke up. It had time to become an integral part of our lives. Although we sworn not to play together again, now I think our reunion was just a question of time. As to the new stuff, I can tell not much now. We congregated a lot of rough drafts but not a whole song. We don’t have enough time to work on them seriously. We’ve started prepering for our winter live show with SHAPE OF DESPAIR, that will take place here, in Moscow. So we‘ll back at work as soon as it’s over.

Have you had any feedback from people around your comeback?
Not much. But yes, we have. We are not a pop-band to make our comeback a sensation. But there are people worldwide who rejoice at our reunion and we really appreciate that. 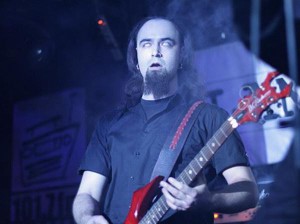 What can we expect for the next full length COMATOSE VIGIL? Can you give us a name or some of the song titles? How will it differ from the last title?
It will remain the same COMATOSE VIGIL as a whole. We are not planning to record the second „Fuimus…“ of course. Maybe we let some new influences adorn our music. Why not? Anyway that will be slow viscous funeral doom. For the present we have got only one title for the next release, it called „Sensory Anaesthesia“.

Do you have any older (maybe unused ) material left which you might use on the future releases?
I think every band has something like that. And we are not an exclusion. But we have already used all the stuff which we found fit for recording. We decided just to look ahead in search of new decisions. All the past shit is buried and forgotten.

What was the reason to record a CREMATORY cover („Tears Of Time“)? It was big surprise for a lot of fans…
The point is that the early CREMATORY’s songs have somewhat influenced on us. In far 2001st we directed at their first three albums in our compositions. We didn‘t safe our tapes recorded at that time. Fortunately I guess. Later when we found ourselves in funeral doom, we decided just to pay some tribute. This cover was a chance to say „Thanks a lot for damn good songs, guys!“ 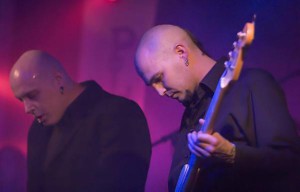 Why did the band decide to move from Solitude Production to MFL Records? Which is your favourite COMATOSE VIGIL record?
We see MFL as a young but perspective label. Evander has chosen funeral doom and doom-death for his major genres. Due to that his promotion is more purposeful. Solitude Prod. weren’t pay enough attention to our promotion. That are the facts. You may say it’s pretty underground. Yes, but it’s a normal decision for those who don’t believe in a better tomorrow, hehe. My favourite record is „Narcosis“, our most honest song in all meanings. This song was being composed by intuition. It happened suddenly and fast. It seemed to be composed itself. I don’t know how to explain in another way. Also its lyric part says about things which were happening to me at that time. That were the horrable times for my mind.

Recently there is really copious amount of the bands, which make funeral genre of doom metal. What do you think about it? Are you fan of new bands?
Not only this genre suffers from that. Look at black-, death-, thrash-, power-, and all-I-forgot-metal, and you’ll see the same picture. I had been working at music store for a long time. I know what I’m talking about. There are hundreds of identical bands trying to copy each other. Fidelity to the genre opens only a narrow way. However you always should be able to differ by something special, to make your music recognizable. And it’s a pity that some musicians don‘t want to think themselves. I like a lot of new bands. I’m talking not only about doom metal. But I’m forced to search them among thousands tons of similar artists. It’s hard to tell what makes me choose this or that band. I think any form of music has to be honest firstly. You must hear it while listening to an album. 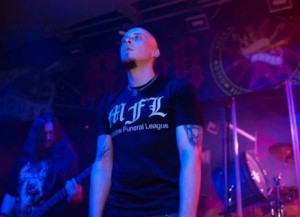 What are you listening to nowadays? How would you describe the metal scene in Russia?
I’m omnivorous as to music. My taste lies wide between synth-pop and gore grind. Too much to list. Russian metal scene is retarded but not hopeless. That’s how I’d describe it briefly.

How people respond in Russia to that kinds of metal music? Can I see some metal bands on Russian TV channels?
Underground genres feel better and better here recently. I see more decent bands, indie-labels, live shows and more people listening to not only fashionable metal. But it’s just a drop in the bucket. Majority is still deaf to this kind of music. Our TV is nothing more than a pile of commercial shit. It was sold out a long ago. You won’t see any metal bands there even on night broadcasting. It grieves Russian metalheads of course.

How often do you read underground zines? What kind of media do you prefer? Webzines, printed magazine etc. Are you fond of interviews?
I haven’t been reading zines for many years. Sometimes I read reviews for some albums in webzines, but not often.

What are your future plans?
To do the same things till death do us apart,haha!

Good! Thank you very much! Do you want to tell something to our readers? BYE!
Greetings to all our fans in the Czech republic! I hope we’ll ever see you alive!