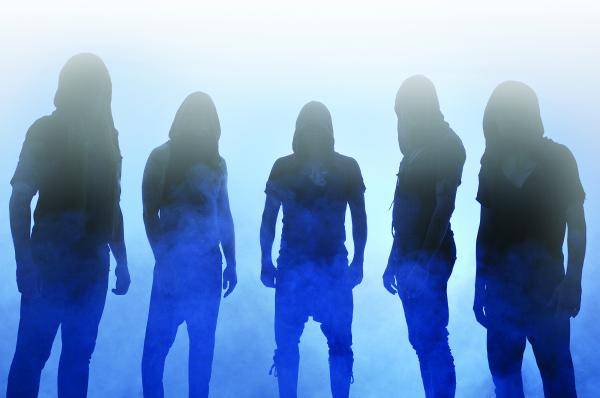 Thank you for agreeing to this interview! Can you give us a brief overview about your start? What were those first few years like?
The current constellation of COLDCELL is preety recent. But we have all been doing Black Metal for Ages. Literally. To put it bluntly, COLDCELL grew out of the corpse of ATRITAS, there were certain elements of BM we had overgrown and wanted to move past. I think we´ve succeeded in that. Not that we devalue our past, the past is important. But we’ve grown beyond it.

COLDCELL plays mystic black metal (maybe occult?). Was this the obvious choice when COLDCELL was born? What is black metal to you as a music style as well as an life´s style?
Black Metal is about making no compromises, making music (or art for that matter) only with regard of your own aesthetic or personal preference. Of course there is no BM without an expression of inner darkness. Maybe that is what you percieve as mysticism in our work. Others might interpret it as nihilistic. Its a bit of both actually.

What makes the sound of new black metal bands that special and what specific elements in this sound do you like? What makes you different than the other bands? Your opinion, please…
Black Metal has moved a long way from its roots! It has become very technical. Which is kind of ironic when you reflect that the iconic Black Metal sound emerged as a countermovement to the polished sound of 80´s and 90´s Death Metal, that had become very technical and “safe”. I have mixed feelings about this evolution. Modern Black Metal bands with super technical vocalists and perfectly eq-ed snare sound quickly sound dull and boring. So there has to be aggression there! On the other hand trying to copy the underground sound of 90s Norwegian teenagers playing HM-2 through transistor amplifiers is exactly that.. a copy of an original. Bands still copying that 30 years later, grown men and women copying the sound of teenagers who couldn’t afford better equipment, thats just cheap. But there are some original bands out there, experimenting with sounds and soundscapes without getting caught in a “safe zone” with their tone. DODECAHEDRON, GNAW THEIR TONGUES, MGLA and ALTAR OF PLAGUES come to mind. So there is good stuff out there. Its hard for me to answer in what way we are different from other bands. We don´t really think about that. We focus on capturing a certain inner feeling, an emotion, with our instruments. We do rely heavily on atmospheric ambience and noise, almost in an industrial sense. Thats something not that many BM bands do, but we are obviously not the only ones.

Recently you’ve released the new work with an intriguing name ‘Those’. Any interesting stories behind the lyrical world of COLDCELL? Do you create the lyrics for the music, build the music around the lyrics or they both evolve in unison?
Its a symbiosis of concept and sounds. In writing albums these two aspects interact. We had a very clear picture of what we wanted to achieve with this album and the lyrics and the music interwove around that feeling. Humanity eating itself from within, leaving only an empty shell ready to collapse. Listening to this album should be like looking in a mirror. When “Those” becomes “Yourself” we have succeeded.

Tell us a bit about the recordings of the album. What is the message that your music gives to the fans?
Vow.. thats a difficult question. This one goes straight to the heart. (Here it goes) This world is dying and we will die with it. Stay true to what you believe in even if it means setbacks in the short term. Never compromise. In the long term you will come out stronger! This is absolutely vital to the recording of “Those”. On a more personal note, concerning the recording process: Work with people who know what they are doing; we had the fortune to do so! Know the difference between people who have an empty pride fueled by arrogance, and modest people who have real talent.

How do you think you music affects your listeners?
Well, we hope they will like it.

Your music is full of samples and interesting breaks. It’s really fresh wind for your music face. Is it important symbol for COLDCELL?
Yes.

You’ve got a very cool looking CD pack (collection of cards) and cover… Can you tell a bit more about?
We have been collaborating with Maxime Taccardi for some time now concerning this release. So we had enough time to integrade the visual concept together with the songs. In the end we decided to use this release form because it fittet with the atmosphere we are looking for and harmonised well with the lyrical concept. 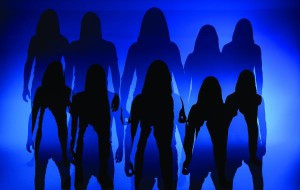 Can you introduce your older records? I must confess that I don’t’ know their contents…
It depends on how far back you want to dig! To put it into perspective, “Those” is most introverted, digging into our own darkness, thus finding the darkness common to all humans. Our previous release “LowLife” was more extroverted, looking into the degenerate aspects we find in modern civilization. Its also maybe a bit more rock´n roll, if you want. “Generation Abomination”, the first release as COLDCELL, is a step towards the more experimental elements we use today, but still the most old-school of the triology.

Czar of Crickets Productions is a well-known underground label from your land. Why did you choose to reprint your CD for them? Are you satisfied with the work they done for the last album?
Yes absolutely. Czar of Crickets is the right place for us.

Do you have any ready-made ideas on how you want COLDCELL to develop as a musical project or it’s really left to inspiration?
We will continue to follow our own personal inspiration and taste. The same as we have done since we were teenagers.

By the way, when did you start listening to metal? Do you remember your first metal album?
Well for me personally (w4), one of the first Metal Albums I listened to was “Turn loose the Swans” by MY DYING BRIDE. In hindsight its a preety polished release, but at the time the combination of this raw death metal, layered with melody and emotion really go to me. Its one of the reasons I turned to metal. Other releases with this same combination reinforced the effect. 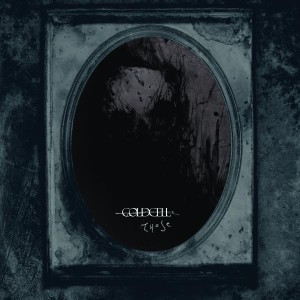 Can you tell us more about the metal scene of your country? How’s your relationship in general with other Swish bands? Are you friends with many others? Any bands worthwhile being checked?
There is great movement in the Swiss Metal-Scene at the moment. Bands you should listen into (if you haven´t already) are TARDIGRADA, SOLITUDO SOLEMNIS, ZATOKREV, THRON, SCHAMMASCH, BÖLZER, PALMER, WOLF COUNSEL.

What kind of music genres are you interested outside the metal world?
Oh there are so many. That question is impossible to answer haha. Sorry. You have a very good records; I think there is a lot of potential.

What will be the next steps for you? What does the near future of COLDCELL look like?
Thank you for your kind words. The most important thing for us at the moment is playing these songs live. Tomorrow we are releasing the first official Video. Of course we would love to do more than one video for this record, but budgeting is always a bastard.

Your band have a got a new video. How important is this medium to the band?
It is not our most important medium. We focus first and foremost on the music itself. We invest most of our energy and time into songwriting. After that come live performances and after that videos and other media presence. We are however very happy with the atmosphere that Milena achieved in the collaboration with the video for Entity I. Translating the ideas and sounds into a visual aspect is not something easily achieved. We would never do a video, only to do a video, if we didn´t feel like it was adding an important element in transmitting the idea behind the music.

How has social media and its rise affected the band and your promoting, albums, fan interactions, and so on?
We actually focus very little on social media. I suppose its kind of a weakness of ours. We are very much focused on the music. We do our best though to answer all questions that people send us.

Do you know about something about Czech metal scene (bands, magazines, festivals etc.)?
Well we know obscene extreme of course haha. TROLLECH is also great, as well as MÖRKHIMMEL and CULT OF FIRE. We know Spark-Magazine obviously. View beyond records used to release so cool stuff in the old days. But I´m not really sure if they are active any more.

Thanks a lot for your time and I wish you all the best for the future!
Right back at you man!