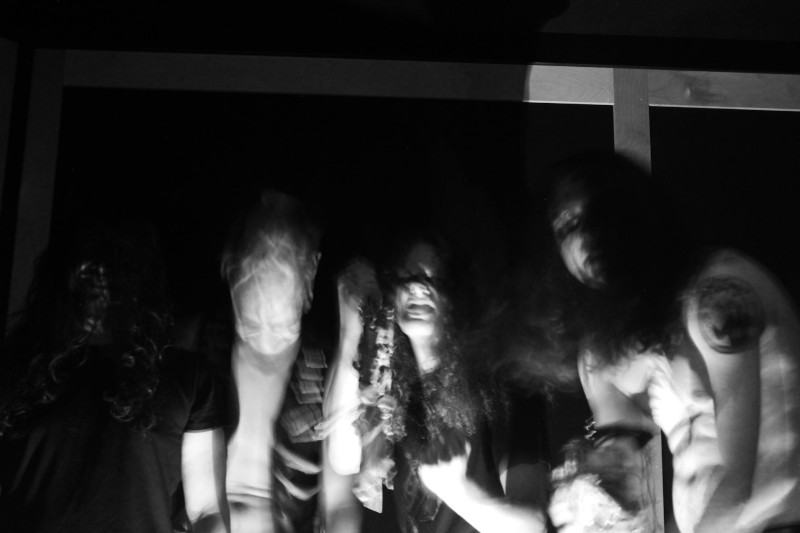 London (UK) based extreme metal stalwarts COGAS announced their debut album, entitled “Unconscious Sons of the Reptile God”. The album will be released on September 17th 2021.

Spewed from a place of utter anxiety, extreme metal harbingers COGAS impose a new strain of dark death-black metal annihilation entirely their own, stitching together the timeless brutality of old school death metal and the transformative sonic bedlam of the current visionary black metal crop, to create a majestic and emotive extreme metal behemoth of epic magnitude. 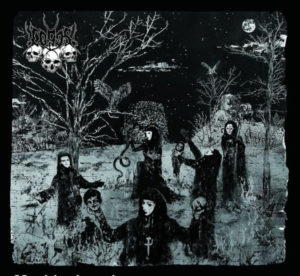 Weaving together layers of dense textures, ceremonial rhythms and looming atmospheres, COGAS excels at the art of organized chaos through sound. Across this new material the London-based band blends elements of extreme metal and macabre stories of Sardinian witchcraft (the Italian island is the homeland of two of the band members – frontman Piero Mura and guitarist Davide Ambu) with ambient explorations, epic sensibilities and grinding walls of sound that defy categorization.

After releasing a couple of very well received EPs, COGAS have come up with their debut full-length which sets new standards for the band. Everything is immaculately executed, right from the artwork to the production, ensuring that their much awaited release doesn’t leave anything to be desired.

“Unconscious Sons of the Reptile God” is a journey through the flesh that turns into spirit. A metaphor about how little earthly power can do compared to the fate that rule our universe. Despite this, the album is a glorification of both as the tracklist is in fact divided into two narrative parts. The first part of the concept sees a material being allowed to enter and enjoy such universe, unaware of the consequences of the actions. The second part revolves around the being’s realisation of their inferiority in front of the entity from which they have drawn their power, accepting the destiny aware of having been deceived, but nevertheless not regretting having walked this path. “Unconscious Sons of the Reptile God” could be sum up as a story about a case of Stockholm Syndrome’s condition with the Devil and our Coga (Sardinian witch) as key players.