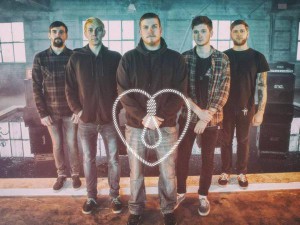 Based in Saarbrücken, South-West Germany, CHOKING ON ILLUSIONS on Illusions tries to create its own conception of modern hardcore –apart from the mass, autonomous, passionate and dynamic. While maintaining a strong love and passion for all kinds of alternative music, CHOKING ON ILLUSIONS has been able to establish its name amongst a superior and growing pool of the hardcore scene. Since the foundation in late 2008 and a major change in the preceding line-up in 2010, the band found its solid cast in the spring of 2011:

Amongst others, Choking on Illusions shared the stage with bands such as STICK TO YOUR GUNS, COMEBACK KID, TERROR, EVERGREEN TERRACE, HUNDREDTH, COUNTERPARTS or LA DISPUTE in cities such as Munich, Berlin, Strasbourg, Luxembourg, Salzburg or Vienna. To date, the band released a self-titled EP in 2009, a 2 song demo in 2010, the debut album “Guide me home” in summer 2012 and the free-download EP “Revive.” in late 2012. Choking on Illusions recently entered Mysterium Studio once again record the follow-up album to “Guide me home” to be released through one of germany’s most popular labels for alternative music, Bastardized Recordings. „Rest/less“ is a breath of fresh air within the lungs of an aged hardcore scene in 2015 delivering a furi-ous mix of aggress. 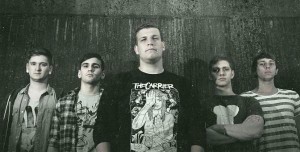