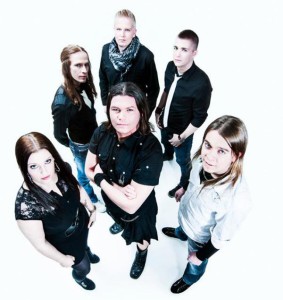 “”Blank Star” is one of the more high tempo songs, and it includes a middle part leaning towards 80’s progressive metal. We are eager to play this and other songs from “Mirrors” live. The album has been written to be listened as a whole, from start to finish” says the band’s guitarist/composer Antti Hänninen.